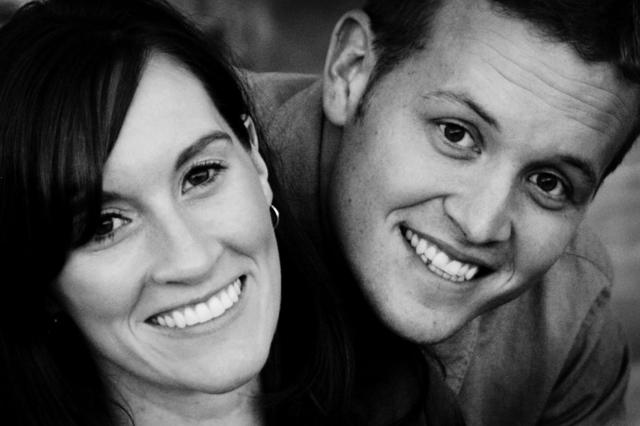 Hank Smith: How a Lesson from Thomas Edison Led Me to Deeper Happiness and Swimming in My Own Basement

We’ve been taught that we all have spiritual gifts. I believe anyone can learn to have a more positive outlook, but I think it’s also possible for people to be born with the gift of being optimistic, of seeing things through a positive lens. Others of us get to develop that gift as we go along.

Take a look at Thomas Edison. He was naturally very optimistic, which might be one of the reasons he was so successful. (You may not realize it, but he still holds the record for the most patents filed with the U.S. Patent Office. All these years later.)

When he was just 12 years old, Edison lost most of his hearing. His parents were devastated. I think most parents would be devastated facing a situation like that. But Edison himself was just fine. He told his parents he kind of liked it—he said it helped him concentrate.

By the time he was in his thirties, he had made 1,400 prototypes for a lightbulb that could be used by the general public. I don’t know if you’re aware of this, but a prototype is no walk in the park—you have to design a product, then make it, then test it. And none of Edison’s prototypes worked. The newspapers had a heyday; the headlines read, “Edison fails to make the lightbulb.”

Wait until you read how Edison, the optimist, answered: “I have not failed. I have found 1,400 ways in which it won’t work.” He saw each “failure” as one more step forward. One more discovery. One more way to get closer and closer to his goal.

As if that wasn’t enough, fast-forward to December 9, 1914: An explosion in Edison’s film inspection building caused a fire that destroyed more than half of the buildings in his laboratory. The fire caused $7 million in damages to structures that were painfully underinsured—not to mention destroying a large amount of his work. He was 67, not exactly the age you want to be when you are forced to start over.

Imagine how you’d feel in that situation. Years of work burning in flames. Now check out what happened next. Edison’s son arrived at the scene to see the firefighters standing helplessly, just staring at the horrific blaze, which was too out of control to even fight. Edison himself stood next to them, his white hair blowing in the wind and his face glowing with the reflection of the flames. As soon as Edison saw his son, he turned to him and shouted, “Go find your mother. She’ll never see a fire like this as long as she lives.”

Asked by bystanders what he was going to do in the face of such devastation, Edison vowed, “I’ll start all over again tomorrow.”

The next day, all 7,000 employees reported for duty. And as they gathered around Edison, he said something that some would consider borderline delusional: “There is great value in this disaster, my friends. All of our mistakes are burned up. Thank heaven we can start anew.” All of the mistakes are burned up? Was he serious?

I’m convinced Edison was born with a gift for positivity—but I’m just as convinced that those who aren’t can train their brains to accentuate the positive, which leads to greater happiness. I’m going to share with you now one of my prouder moments, a time when I actually practiced what I teach.

Okay, my experience wasn’t quite as expensive as Edison’s towering laboratory fire, but at the time it might have felt just as harrowing. Unbeknownst to us, our sprinkler pipe broke early one afternoon and started filling the window well with water. When the window well was about three-fourths full, the pressure exerted by the water caused the window to break. And you know where all that water went. That’s right: into the basement.

By the time I realized there was a problem and scuttled down to the basement, there was a good four or five inches of water throughout the entire thing. Water. I’m sure my eyes got wide and my face got really red as one word kept pounding through my head: Expensive, expensive, expensive, expensive. Somewhere in the distant catacombs of my brain I could hear various voices shouting, “Oh no no no no no no.” I saw thousand-dollar bills with legs and arms waving good-bye to me as they ran and jumped down the toilet. Luckily, I had enough wits about me to get the power turned off to the basement so we would all be safe.

Then the silence fell like a pall over the place. I was standing there, probably still wide-eyed and red-faced, and my kids were standing there staring at me. For the briefest moment, there was an impasse—Dad paralyzed by images of costly repairs, kids paralyzed by thoughts of what Dad might do next. I could just hear what they were thinking: Oh no. Dad’s going to freak out BIG-TIME. Run, guys, he’s gonna blow!

But I didn’t. My study of President Hinckley, Nephi, and Thomas Edison paid off. I was mindful enough to realize this was an opportunity to forge my character. I took a deep breath, smiled, and said, “Get your swimsuits on! How often do you get a chance to swim in the basement?” And that’s exactly what we did. We swam in the basement. We played and ran and slid around on the carpet. I could have looked at that very expensive problem and sized up everything that was wrong with it, but instead I looked for what was right. And I’m happy to report that we made some fun memories that night, swimming in the basement. Didn’t even have to worry about sunscreen. And yes, in case you were wondering, it was expensive to repair. However, I’m absolutely certain it would have been just as expensive if I had become angry and lost my temper in front of my children. I wasn’t naturally accentuating the positive yet, but I was one step closer to it.

Face it: it's not always easy to feel happy. With all of the worries and trials of day-to-day life, the cares of the world can seem overwhelming. But as popular speaker and author Hank Smith demonstrates, no matter your circumstances, you can be happy—the kind of happy that illuminates you from the inside out, a joy that does not depend on what happens to you, but what you do with what happens.

Featuring an inspiring collection of real-life examples, enlightening doctrinal direction, and motivating goals, Be Happy is the guide you need to start living a happier life, today! Available at Deseret Book stores or on deseretbook.com.