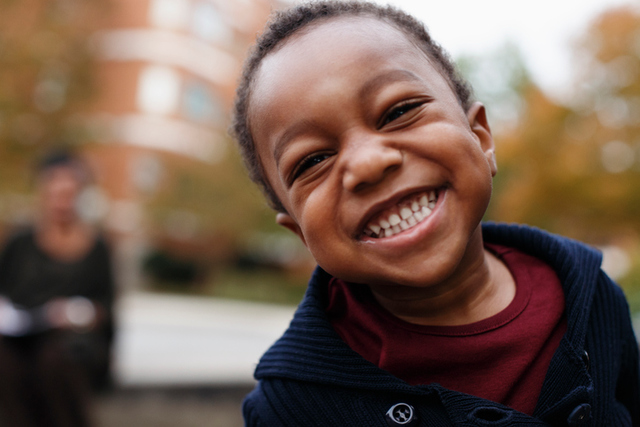 Though happiness can sometimes seem elusive, there are a few things we can do to increase our chances of finding—and keeping—happiness. Beloved LDS speaker Hank Smith shares a few of them:

Number One: Be Around People Who Are Happy

Being around people who are happy is the number-one way to be happy yourself. It’s also the number-one indicator of a person’s happiness levels. Why? Simple: happiness is contagious! And unlike the stomach flu, it’s something worth catching. In fact, social life and happiness are so closely correlated that they could almost be twins. Think about the people you spend time with. If they’re happy, chances are that you’re happy too. If they’re unhappy, odds are that you are also unhappy.

I’m guessing I don’t have to spell out any research for you to believe this. I’m sure life has taught you that spending a lot of time around people who are unhappy will definitely impact your happiness. If you’re spending much of your time with the neighborhood whiner or the office grouch or the family malcontent, you might need to make some changes. Hold on—I’m not telling you to get rid of anyone in your life. We believe in keeping promises. You shouldn’t treat people like cell phones or cars, trading a person in for another model when you get tired of the one you’ve got. After all, they need friends too, and you can be someone who plays a very positive role in their lives. No need to isolate anyone. If you have someone in your life who is unhappy but who needs to be in your life, that’s okay—but bring some happy people in. Spend as much time with happy people as you possibly can.

If most of your friends and associates resemble Eeyore—you know, the droopy eyes, the saggy shuffle, the rain cloud overhead—it might be time to mix it up a bit. And if you’re the one who resembles Eeyore, then it’s definitely time to make some changes.

What I am saying is that you need to add more happy people to your life. Look around. It’s pretty easy to tell who the happy people are. They’re the ones who are smiling. Who have a sparkle in their eye. Who laugh. Who do fun things (which entails getting up off the couch). Sit by them at church or at community events. Invite some of them into your circle; start to act like them and do the things they do. You’ll be amazed at what starts to happen.

► You'll also like: 8 Hank Smith Quotes to Help You Be Happy

As it turns out, money really can buy happiness—just not in the way you thought. Dozens of studies have shown that when you take a little of your hard-earned money and spend it to make someone else happy, magical things happen to your own level of happiness.

Let me share a couple of cool examples, and you’ll see how easy it can be. You’ll also see that it doesn’t take a wad of cash to pull it off. Of course, don’t spend money you don’t have. Debt, stress, and unhappiness are friends that hang out together. Debt leads to unhappiness in almost every circumstance. We’re talking here about spending money you have on others, not spending money you borrowed on others.

When one of my friends missed two consecutive weeks of church meetings because of a bad chest cold, a random woman in the ward showed up at her door. She thrust a little gift bag at my friend, sealed with a hug, as she started to explain. (And you know how women are; the gift bag had all that fancy tissue paper poking out the top and a patterned ribbon to tie it all up.) Inside was a bottle of menthol ointment and a pair of floral socks. It was the key to relief, the woman said: rub the menthol ointment on the soles of your feet before going to bed—in a nice, thick layer, she added—put the socks on over the ointment to hold all the goo in, and voila! A night free of coughing and congestion.

You know what? It worked. So did the happiness—for both of them.

I heard of a single dad who loves to take his kids to a restaurant once a month or so for the express purpose of making someone happy. Once there, they sit at their table and check out all the customers in the place. Together, they identify someone who is eating alone—you know, someone who looks a bit down and out.

And then the fun begins. Enlisting their waiter as their accomplice, they carefully point out the customer and announce that they want to secretly pay for that customer’s dinner. Secrecy is a big deal here. Dad surreptitiously slides his credit card to the waiter, who quietly goes to the back and takes care of the bill.

The whole family subtly watches as the lucky diner-o’-the-night learns that his meal has been paid for. The family nearly bursts with glee—undercover, of course—as the diner eagerly glances around the restaurant, trying to figure out who would have done such a thing. Believe me when I tell you it’s one of the highlights of the month for the family, and it always puts a smile on the face and a spring in the step of the lucky diner as well.

Happiness all around for nothing more than the cost of a meal. Heck, even the waiter probably gets a happiness surge out of the whole thing.

It’s not very difficult to give this a try. Run down to the store and buy a random gift for someone in your life. Not overly expensive—just an expression of appreciation. Pay attention to how you feel. My guess is that your internal happiness meter is going to bump up a couple of notches.

Speaking of money, here’s a shocker: If you want to be happy, all you actually need is money sufficient for your needs.

That’s right: lots of research accompanied by astute observation proves that once you’re above the poverty level and make enough to provide for your needs, any money above that has an extremely insignificant impact on your happiness.

Let’s put it another way, punctuated by some cold, hard numbers. Let’s say you live in the United States and you make $75,000 a year. In terms of your happiness level, the difference between that scenario and one in which you make $1.5 million a year is statistically insignificant. At that level, more money will not make you any happier.

No way, you’re thinking. That can’t be right. I remember telling that to one woman who quipped, “Those people just don’t know where to shop.” Another said, “Yeah, but I’d be unhappy in some very nice places.”

Well, think again. And here’s why it works like that: too many of us have been conditioned to think that happiness equates to wealth. The Savior called it “the deceitfulness of riches” (Matthew 13:22). Some may think and even preach that the high you get when you buy something new is the end-all, be-all of happiness. It’s plainly and simply not true. Don’t work your entire life chasing money only to find out you were on the wrong path.

Don’t get me wrong. No one likes to be on a budget so tight it screams with pain. No one enjoys being unable to get an ice-cream cone on the way home. No one likes volleying calls from bill collectors. That’s why it’s important to have sufficient for your needs. But beyond that? Not necessary. Not for happiness, anyway. Time to drop the myth.

Screens, whether they be 90-inch plasmas or three-inch phones, can be wonderful tools. I love my phone! It seems to make my life so much easier. But while my phone is a wonderful device, it is a horrible master.

What exactly is it about screens that causes these problems? Scientists aren’t sure. Some say it is disrupted sleep, some say it is overloaded sensory systems, some say it is the reduction in physical activity, and others say it is the limited personal connections. The exact causes are still unknown, but there is sufficient evidence to start taking steps to limit screen time for ourselves and our children.

Face it: it's not always easy to feel happy. With all of the worries and trials of day-to-day life, the cares of the world can seem overwhelming. But as popular speaker and author Hank Smith demonstrates, no matter your circumstances, you can be happy—the kind of happy that illuminates you from the inside out, a joy that does not depend on what happens to you, but what you do with what happens.

Featuring an inspiring collection of real-life examples, enlightening doctrinal direction, and motivating goals, Be Happy is the guide you need to start living a happier life, today! Available at Deseret Book stores or on deseretbook.com.

Mormon Life HappinessHappiness,Mormon Life
Comments and feedback can be sent to feedback@ldsliving.com