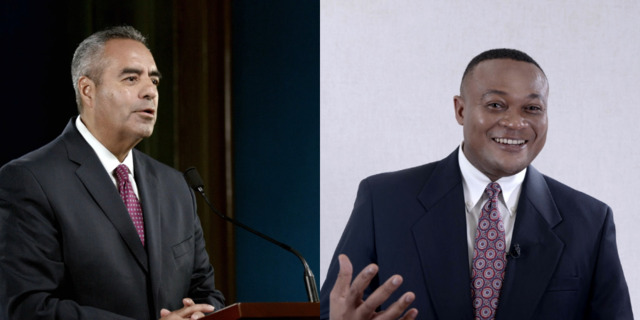 Has a general conference talk ever been given outside the US? Have talks been prerecorded?

With COVID-19 travel restrictions still in place in many areas, it is not surprising that these General Authorities did not travel to Utah to give their conference addresses. Church leaders not located at headquarters on Temple Square joined the Thursday general conference leadership meeting virtually, according to a Newsroom press release.

But some may be wondering, is this the first time a general conference talk has been given outside the United States? And is it the first time that talks have been prerecorded?

At least one instance of general conference being held outside the US was in April 1840. This was the year the Church moved to a semiannual schedule, general conference was held in Great Britain. According to LDS Living reporter Jannalee Sandau, “All the Saints in the British Isles gathered for this conference meeting at the home of Elder Willard Richards in Preston, where Brigham Young had been unanimously sustained as the President of the Council of the Twelve the day before.”

► You may also like: Here’s how you can preorder your own general conference wide-margin journal edition

Prerecorded videos have been shown in conference previously, like in April 2020 when President Russell M. Nelson introduced the new proclamation “The Restoration of the Fulness of the Gospel of Jesus Christ.” Another instance was in October 2020, when Elder Gerrit W. Gong gave his remarks as a prerecorded message after being exposed to COVID-19. Elder Gong later tested positive for COVID-19 and experienced mild symptoms.

Though it might not be the first time a general conference talk was given outside the US nor the first time remarks had been prerecorded, users on Twitter shared their excitement about both speakers’ remarks.

I am LOVING the pre-recorded talks from leaders on multiple continents. This is a worldwide church! #GeneralConference— Cami McHan (@Cami_McHan) April 3, 2021

Can we, like Christ, look beyond the outward appearance of those around us and look on their abilities and faith? #GeneralConference #LDSconf #ElderBecerra— Jennifer Blythe (@riverbeauty3) April 3, 2021

Is anyone else totally loving #ElderMutombo's vibe? As a person who talks with my hands am totally falling in love with his entire presence. His address is fab. He's adorable. And I love his smile and his hands! OK, new fave talk. Pray! Pray! Pray! Yaaaaas.

I don't know how anyone could not watch him and not be happy. #ElderMutombo #GeneralConference— I enjoy being a girl 🎶 (@wendbnic) April 3, 2021