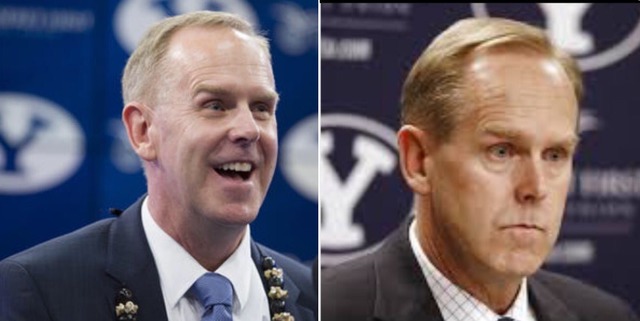 BYU fans everywhere were sure to come out in force last night to comment on how they felt about the Big 12 announcement.

Not only is BYU denied acceptance into the Big 12, but the Big 12 Conference decided to keep the conference limited to 10 teams, the Big 12 announced the unanimous decision following its meeting Monday.

BYU made a statement following the Big 12 announcement:

"Over the last few months, BYU has learned a lot about its strengths as an institution and as an athletic department. Through our in-depth review we have reinforced valuable relationships and have been reminded how strong we are as a university. BYU strives to run its athletic program like a P5 institution. Our national fan base and broadcast ratings, along with the many historical and recent successes of our teams, attest we certainly belong. We believe BYU can significantly contribute to the athletic and academic excellence of a P5 conference."

BYU fans had months of discussions and crushed dreams to recover from, so they took their woes to Twitter.

Big12 to the candidates pic.twitter.com/PMVhBUsnvj

Sure, invite would've been nice. But this is pretty much my reaction regarding Big12 "expansion" before today, and after today. pic.twitter.com/GpFgLc3bEH— Aaron Taylor (@bluebloodartist) October 17, 2016