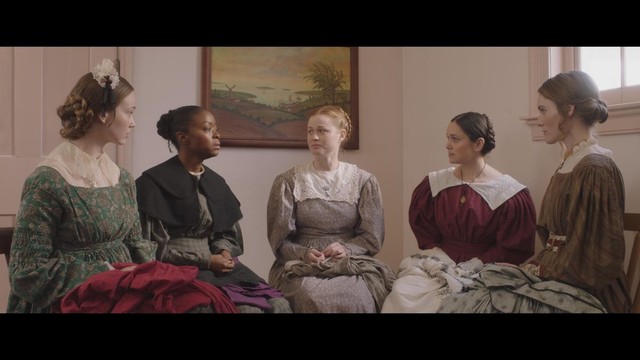 "I don’t think we’re setting out to solve anybody’s issues. What we’re doing is opening a conversation," Zandra Vranes said. "We’re saying let’s have this conversation and let’s use the gospel as our guide. Hopefully people accept that invitation. Hopefully the movie will be a part of starting that much-needed conversation."

Tamu Smith recalls one rainy day when she and a few others producing the new film, Jane and Emma, took a break and drove to the Salt Lake Cemetery to visit the grave of Jane Manning James.

"We were going through a hard time on set. There were tears. It was a mess," Smith said. "We spent time together. We certainly felt the spirit of Jane that day."

For Smith and several other women collaborating behind the scenes on a film over a two-year period, the project was challenging and at times intense. The fictional story with an independent budget is based on real lives and touches on racial tension and polygamy in the history of The Church of Jesus Christ of Latter-day Saints.

Along the way, these female filmmakers, producers and writers found inspiration and strength in learning about the film's main characters: James, one of the most documented early black converts who lived with the Latter-day Saint prophet Joseph Smith's family; and Emma Smith, Joseph's wife, the first Relief Society President. The two women with vastly different backgrounds became dear friends.