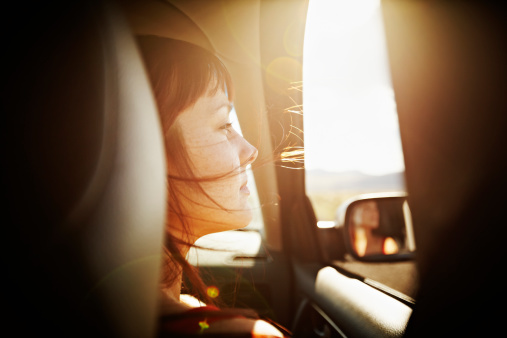 One of my favorite scriptures is Proverbs 3:5-6 which states, “Trust in the Lord with all thine heart; and lean not to thine own understanding. In all thy ways acknowledge him and he shall direct thy paths.” It gives a commandment in the form of trusting in the Lord and acknowledging Him. I believe that the idea of “trusting and acknowledging the Lord” partially achieved by trusting and following the promptings of the Holy Ghost. As we do that, the promised blessing is that “He shall direct thy path.”

In the conference talk “The Unspeakable Gift,” Elder Wirthlin states, “The Light of Christ is the divine influence that allows every man, woman, and child to distinguish between good and evil. It encourages all to choose the right, to seek eternal truth, and to learn again the truths that we knew in our premortal existence but have forgotten in mortality. The Light of Christ will lead the honest soul to ‘hearkeneth to the voice’ to find the true gospel and the true Church and thereby receive the Holy Ghost.”

My Path to the Spirit

My path to receiving the gift of the Holy Ghost and following blessings was much different than I expected. During my childhood, my family life did not have much light in it. After my parents divorced when I was 7, things were always a bit uncertain.

My mom had a very active social life and frequently changed partners. There were nights that I didn’t know which partner’s house we would sleep at. It was difficult to go to school the next day and pretend everything was normal. The darkness of my childhood was compounded by the fact that all of my mom’s partners were alcoholics and were emotionally and verbally abusive to me.

However, I came to know some close friends and their families. They did not judge me for my situation and I didn’t have to pretend to them. I believe they were divinely appointed to be my light and my guide through a very dark time. None of them were members of the LDS church, but they helped me make decisions and remain on a path that would make acceptance of the gospel easy when I was introduced to it years later.

One of these friends and I had made the goal to find the cure for cancer. I started two Ph.D. programs after college but didn’t finish either one of them. But, as a result of the experiences in each, I joined the Church and served a mission. I can look back on those experiences and think of them as “failures” from the perspective that I did not accomplish the path I had in mind and withdrew from the programs I was involved in or I can look back on them as “successes” in finding the right path the Lord wanted for me.

Interestingly, a few months into the first program, I'd said a prayer because I felt that the cancer biology program there was not allowing me to make the difference in the world that I had wanted to. I prayed that I would find a way to make a difference and be an instrument in the Lord's hands. About a month after that prayer, I was introduced to the missionaries. A year and a half later I was a missionary myself.

As my mission was winding down, I worried about where I would go next. I said a prayer during morning study that I would be directed. I didn’t have family support and I really didn’t have a “home.” Being 26 years old at the time, I hadn’t lived where I grew up in over seven years. I wondered if I was a competent missionary and if I was doing what the Lord would have me do. Later that morning, I received my answer. Somewhat out of the blue, I felt something tell me that I was exactly where I was supposed to be—it had been part of the plan all along.

I was supposed to be in that green Chevy Malibu going to visit Enrique and Suzy. I had the thought, “Tell me, Lord, how could you have known for so long that I would be here in this place? One year ago, I wouldn’t have guessed it and two years ago I knew nothing of the Church.”

The answer came, “Anne, I know you and I know your heart. I knew that your heart would lead you to this place because it is where I need you to be. I knew that you would recognize the light of Christ and make the choices that would allow you to become an instrument in my hands.” I was not following my path to find the cure for cancer but instead was on a much more important path. I may not have been changing the world’s healthcare but, bit by bit, I was able to help individuals and families to make covenants that would change their eternities. That reminder that morning gave me confidence that I would again be able to follow the promptings of the Holy Ghost and be directed to the paths that the Lord would have me take.

Trust in your prayers, and know that Heavenly Father will direct you to the paths that will make you into the best you that you can be—even if it isn’t the plan you have laid out.

Feeling the Spirit in a World of Distraction

As a missionary, it is a bit easier to be able to hear the voice of the Lord. I believe part of that is the mantle of the calling and part of it is the rules and the way of life that keep distractions at bay. In every-day life, it can be more difficult. We have options—we can choose friends, activities, media, follow people on social media that bring the Spirit or drive the Spirit away.

Elder Wirthlin stated, “Brothers and sisters, do we turn away the still, small voice? Do we do things that offend the Holy Ghost? Do we allow influences into our homes that drive the Spirit from our homes? The type of entertainment that we permit into our homes will certainly have an impact on the power of the Holy Ghost. Much of the entertainment of the world is offensive to the Holy Ghost. Surely we should not watch movies or television shows that are filled with violence, vulgar language, and immorality. I invite you to ponder individually in a humble and prayerful manner and ask yourself: ‘Do I have the Spirit in my life? Am I happy? Am I doing anything in my life that is offensive to the Spirit and preventing the Holy Ghost from being my constant companion?’”

In his talk, “Let the Holy Spirit Guide,” Elder Rasband said, “The Spirit speaks words that we feel. These feelings are gentle, a nudge to act, to do something, to say something, to respond in a certain way. If we are casual or complacent in our worship, drawn off and desensitized by worldly pursuits, we find ourselves diminished in our ability to feel.”

Thankfully, once we have the Holy Ghost, it will help us to live worthy of the gift. It makes sure that you do things that keep you on the straight and narrow which, in turn, help keep Him as your constant companion. In 1 Nephi 15:24, Nephi discusses the meaning of the rod of iron and says, "And I said unto them that it was the word of God; and whoso would hearken unto the word of God and would hold fast to it, they would never perish; neither would the temptations and the fiery darts of the adversary overpower them unto blindness, to lead them away to destruction."

I don't like the idea of fiery darts flying at me physically and am grateful that the Holy Ghost can help me recognize the spiritual darts. However, I think more often than not, the Holy Ghost is going to guide me to just stay out of the crossfire. He's going to whisper little things like, "change the channel now," "not that movie . . . I don't care if it is PG-13," "don't look in that direction," "read your scriptures," etc.  By heeding those nudges of the Spirit, I don't even end up in the range of the fiery darts. Instead of standing in the middle of a hailstorm of spirit-sucking terribleness and trying to withstand the darts with spiritual body armor, the Spirit is going to do its best to keep me out of the way.

Elder Rasband also discussed the importance of acting on the first prompting. He said, “We must be confident in our first promptings. Sometimes we rationalize; we wonder if we are feeling a spiritual impression or if it is just our own thoughts. When we begin to second-guess, even third-guess, our feelings—and we all have—we are dismissing the Spirit; we are questioning divine counsel. The Prophet Joseph Smith taught that if you will listen to the first promptings, you will get it right nine times out of ten.”