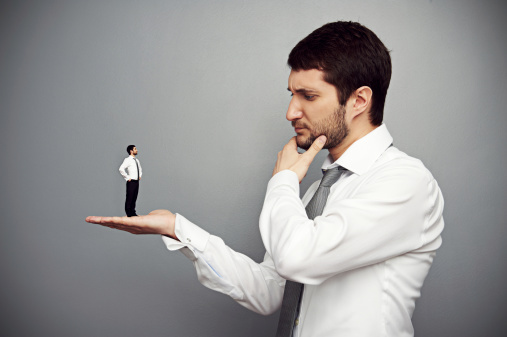 How 'Important' Callings Really Stack up Against 'Small' Callings

It’s a tragedy–what could have been, the part we could have played, the contributions we could have made to the world under different circumstances. You know, we’re all like, “I coulda had class. I coulda been a contender. I coulda been somebody, instead of a bum, which is what I am, let’s face it” (On The Waterfront,1954). And while we’re feeling all down about it, someone inevitably will put an arm around our shoulders, and tell us that there are no small parts, only small actors. They won’t put their money where their mouth is, but they’ll say we’re just as important as the “big parts”. It’s a tragic moment.

The biggest tragedy, however, it this: Because the world doesn’t really mean it when it says there are “no small parts”, we don’t believe God when He says it. Now, if you think the calling of bishop or relief society president or prophet is more important than that of home teacher or visiting teacher, then somewhere deep inside you believe that with God there are “small parts” that aren’t as good or as important as the “big parts”. It’s just so hard to get it through our hearts and heads that God is just as pleased with the faithful home teacher sitting in someone’s living room as He is with President Thomas S. Monson standing before millions of people giving an eloquent talk in general conference. God is just as pleased with the new convert struggling to understand the basics of the gospel as He is with lifelong member who knows the scriptures backwards and forwards.

Read the rest of this story at mybestlds.com