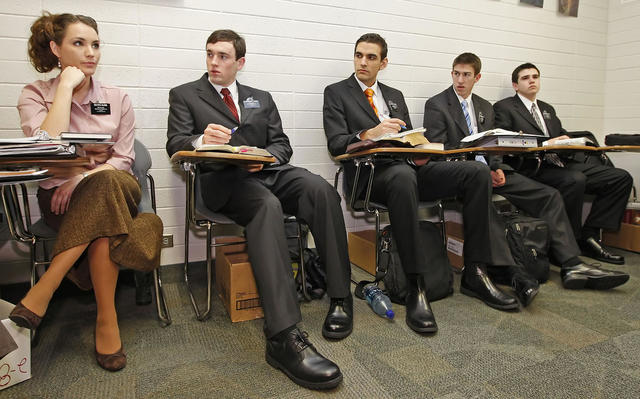 With the First Presidency's recent announcement of the merging of two missions in Russia beginning in July, a statement was released on Monday by the Church detailing how the missionaries, known as volunteers, assigned to these areas will be affected.

The merger involves the combining the Russia Vladivostok Mission, which is located in the country's southeastern corner boarding North Korea, and the Russia Novosibirsk Mission in south-central Russia.

"In anticipation of this change, volunteers from the Vladivostok Mission who were to be released in July will be returning home in late May," the statement says, "and volunteers who would have returned home in August will be reassigned and complete their service in missions in the United States."

According to the statement, the Europe East Area Presidency will supervise the combining of the two missions, which will result in fewer volunteers to staff the combined mission.

In addition, that statement says that President and Sister Perkinson, who have presided over the Russia Vladivostok Mission for the past two years, have been released.

"We are grateful for their years of faithful service," the statement says.

After the Russian government passed a law last year limiting religious practices as part of an anti-terrorism measure, LDS missionaries were banned from preaching or giving out religious materials except by authorized officials in registered religious buildings or sites. In light of this new law, missionaries serving in Russia are now known as volunteers and focus more on community service rather than public proselytizing.

"The Church recognizes a new law will take effect in Russia on July 20, 2016, that will have an impact on missionary work," the Church said in a statement on mormonnewsroom.org last year. "The Church will honor, sustain and obey the law. Missionaries will remain in Russia and will work within the requirements of these changes. The Church will further study and analyze the law and its impact as it goes into effect."