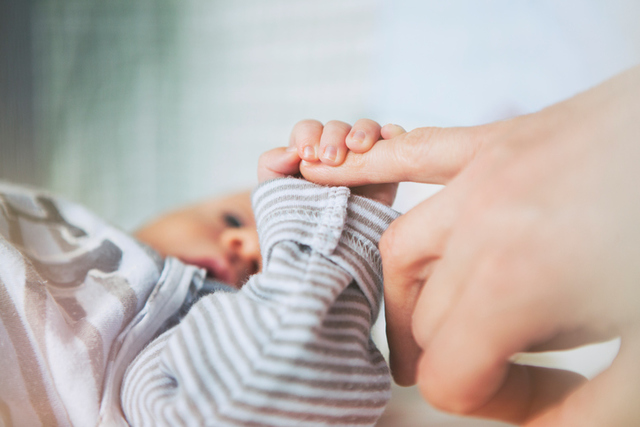 Perhaps they are concerned about a lack of support (perceived or otherwise) from others, or maybe they are afraid of what others will think of them if they fail. Whatever the reason, they convince themselves:

No matter the justification, the response is the same. These inspired thoughts, these high-potential ideas, are stuffed deep into the drawer labeled “stupid,” and they’re never heard from again . . . or the waiting game begins.

They wait for that elusive day when they’ll finally have enough time (guess what?—you never will), enough education (there is always more to know), enough money (no matter how much you make, someone will always have more). They wait until the children are grown (news flash: just because they’re grown, it doesn’t mean you’re rid of them) or until things settle down at work (they never will). People wait until . . . until . . . until . . . They wait, and they wait, and they wait, until that fateful day when they wake up and realize that while they were sitting around, paying dues, earning their keep, waiting for that elusive “perfect time,” their entire life has passed them by.

Consciously living and breathing Gavin’s Law in every facet of my life and business has helped me realize the importance, the satisfaction, and the very real power that comes from starting something stupid. If you let it, Gavin’s Law will change your life, forever.

There is no greater time than now to start moving toward achieving your goals. Don’t wait. Start stuff. Live to start your stupid ideas, and start to live a life without regret—a life filled with meaning, freedom, happiness, fun, authenticity, and influence. After all, now is, in all actuality, the only time you’re truly guaranteed.

Life is too short not to start something stupid.

Let me whisper a secret directly into your ear: If someone thinks that your ideas, or the changes you want to make, or the dreams bubbling up inside of you, are stupid, welcome to the Club. You’re in the company of the world’s leading innovators, change agents, thought leaders, inventors, entrepreneurs, intrapreneurs, philanthropists, executives, employees, educators, youth, moms, dads, families, philosophers, mentors, and more.

We all want to be smart. We’re scared of failure. Scared of falling behind. Scared of being foolish. Scared of looking stupid. No one wants any of that.

Maybe the smartest people in the world know something we don’t. Maybe they know that in order to be smart, in order to make significant contributions to the world, and in order to spur significant change in their own lives, they sometimes have to act on ideas that others might initially perceive as stupid. . . .

Paradoxically, stupid as the New Smart is the power behind the world’s wave makers and mountain movers.

It’s important to note that the New Smart isn’t being flippant and making decisions without forethought or preparation. Those types of behaviors would be classified as unhealthy stupid. The New Smart is having the ability to discern when the label of “stupid” is masking a smart idea. Embracing the New Smart requires employing ­ample forethought and preparation, and then committing to move forward against the current of the discouraging and even condemning opinions of others. . . .

New Smart ideas and individuals have literally changed the world. Consider this quick handful of examples:

The telephone. Western Union originally rejected the telephone, saying in an internal memo in 1876, “The device is inherently of no value to us.”

The automobile. In 1903, the president of Michigan Savings Bank advised Henry Ford’s lawyer not to invest in the Ford Motor Company. “The horse is here to stay but the automobile is only a novelty, a fad.”

The radio. In response to David’s Sarnoff’s urgings for investment in the radio in the 1920s, his associates said, “The wireless music box has no imaginable commercial value. Who would pay for a message sent to nobody in particular?”

Man on the Moon. In 1957, Lee De Forest, the man who pioneered radio and invented the vacuum tube, said, “A man-made moon voyage will never occur regardless of all future scientific advances.”

Satellites. In 1961, T. Craven, the FCC commissioner said, “There is practically no chance communications space satellites will be used to provide better telephone, telegraph, television, or radio service inside the United States.”

Thomas Edison. Said Edison himself, “I don’t know now what it was, but I was always at the foot of the class. I used to feel that the teachers never sympathized with me and that my father thought that I was stupid, and at last I almost decided that I must really be a dunce. . . . One day I overheard the teacher tell the inspector that I was ‘addled’ and it would not be worthwhile keeping me in school any longer.”

Walt Disney. Walt Disney was fired by a newspaper editor because “he lacked imagination and had no good ideas.”

Elvis Presley. Elvis, the king of rock and roll, was fired from the Grand Ole Opry after only one performance. “You ain’t goin’ nowhere, son. You ought to go back to drivin’ a truck.”

The lifeblood of any idea is provided completely by the willingness to start. Remember Gavin’s Law: Live to start. Start to live. Individuals and organizations that live to start dreams, really do start living and breathing those dreams. . . . The most challenging part of nearly any project is the initial exertion of energy (and courage) required to begin. Once you’ve overcome the often-­debilitating power of resistance, the momentum to keep going leads from one thing to another until you reach your goals . . . or something even better. . . .

How many ideas, opportunities, businesses, and lives are squandered because we mistakenly suppress those so-called “stupid ideas.” We all want to make the best decisions in life possible. Don’t allow life to pass you by because you are afraid of stupid.

Opportunities will come and go, but if you do nothing about them, so will you. 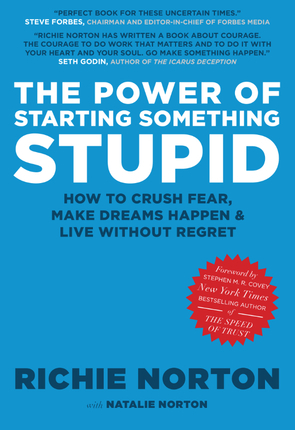 "Richie Norton has written a book about courage. The courage to do work that matters and to do it with your heart and your soul. Go make something happen."— Seth Godin, author of The Icarus Deception

What if the smartest people in the world understand something that the rest of us don't? (They do.) What if they know that in order to achieve success, they will sometimes have to do things that others may initially perceive as stupid? The fact of the matter is that the smartest people in the world don't run from stupid, they lean into it (in a smart way).

In The Power of Starting Something Stupid, Richie Norton redefines stupid as we know it, demonstrating that life-changing ideas are often tragically mislabeled stupid. What if the key to success, creativity, and fulfillment in your life lies in the potential of those stupid ideas? This deeply inspiring book will teach you: how to crush fear, make dreams happen, and live without regret; how to overcome obstacles such as lack of time, lack of education, or lack of money; and the five actions to achieve authentic success.