I’m LDS, otherwise known as Mormon. It’s amazing how many sentences start this way for me.

No, we don’t practice polygamy. No, we don’t have premarital sex, smoke, or drink alcohol or coffee (and some of us don’t drink sodas—it’s up to the individual but the Church has never banned it). No, not all of us tap dance. So sorry to disappoint. 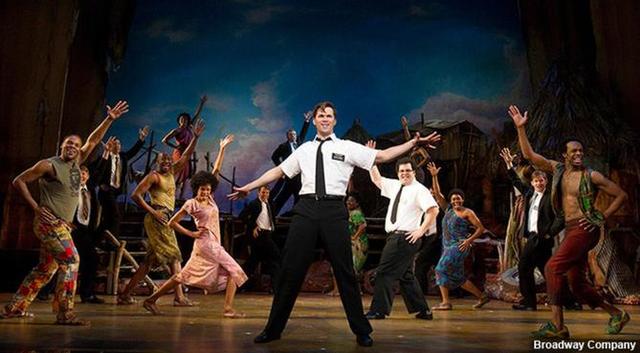 Yes, we’re Christians (our church’s name is the Church of Jesus Christ of Latter Day Saints). Yes, we can play video games.

And yes, we’re the ones in the white shirts and black pants or dresses with name tags that go door to door and ask if you fancy a peek into our religion.

And, weirdly enough, my sister, Kevyn Johnson, who chose to serve a mission earlier this year found a way she could use Pokémon GO to help with missionary work.

I’m not surprised that Pokémon GO ends up headlining some interesting stories, such as PoGo reducing depression and helping veterans with their PTSD. And I get that a lot of churches and even some of our temples end up being PokéStops, so no shock there. What does make me curious is how a mobile app that my sister doesn’t even have access to can possibly help her in the mission field.

When I asked her, here’s what I learned:

My companion (missionaries travel in pairs) and I were out walking and we saw people with their phones out and they were looking for something, so we started talking to them. We asked what they were doing and they explained the game to us. They were really friendly and even told us which Pokémon they were hunting for. We asked them if we could talk to them another time when they weren’t Pokémon-hunting and they said yes and gave us their phone number! . . .

Each meeting like this has been pretty similar. When it first came out we saw them quite often, but lately, it’s been about once a week. But it is AWESOME for missionary work! People are out, people are friendly, and when you see them out you say, “Pokemon GO?” They’re like “Yeah!” and they’ll talk to us, and we’ve been able to set up appointments just because they’re playing it!

I would consider it successful that people are willing to be out and talk to us – it makes us all more comfortable rather than us knocking on their door. . . .

I don’t know how much Pokémon GO I will be playing in the future, but I have only had good experiences with those that do play it so I can’t complain!

Considering all the interesting effects Pokémon GO has had on the world, I find it pretty funny that we’ve been able to uncover another one—an unlikely one at that.

So even if Niantic predicted increased exercise or a local economy boom, I bet they didn’t think it’d be a great icebreaker for Mormon missionaries. Just another crazy effect this phenomenon has had.

Heather Johnson: Starting off as a PC gamer at age 2, Heather has always had a love for video games. These days she can be mostly found at her computer writing about them rather than playing them, but she believes that can be just as fun. Read more of her work at equityarcade.com or catch up with her on Instagram @heatherjrock.