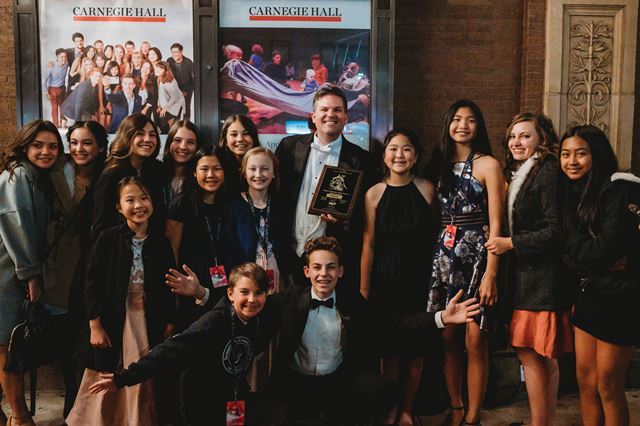 Carnegie Hall: It’s a hallowed name among musicians and stands among the preeminent performing arenas in the world.

How does one get there?

The aphorism certainly held true for Bradley Bohn and his orchestra, Temecula Conservatory of Music, who performed in Carnegie Hall in April as part of a music festival. Equally as important in getting there, however, were family and faith. 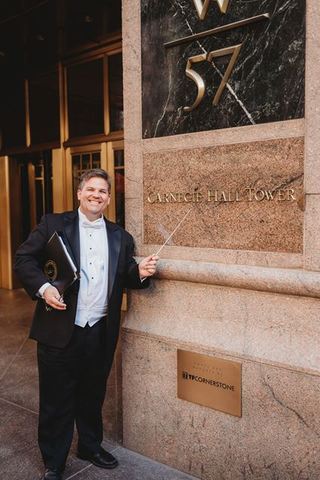 Bohn is a member of The Church of Jesus Christ of Latter-day Saints and a blessing he received after losing his sales job in 2013 propelled him to follow his musical passions and to create the orchestra that recently played the revered stage on 881 7th Ave, New York.

Music is in Bohn’s blood. His grandparents on his mother’s side were both musicians: His grandmother was a ward organist, and his grandfather was in a band.

His mother, too, was a ward pianist as well as a singer, who participated in the singing group the Latter-day Sounds.

Although there were no school-sponsored orchestras in Idaho Falls, Idaho, where Bohn grew up, after seeing a Sesame Street episode featuring famous violinist Itzhak Perlman, he began private violin lessons and later performed in the Idaho Falls Symphony—a semi-professional orchestra. He also sang in his high school choir, for which he became the president his senior year.

These musical pursuits in his formative years led to a scholarship to then-Ricks College, where he played in both the chamber and symphony orchestras.

While Bohn says he loved music growing up, he never saw it as a feasible professional path.

So after receiving an associate degree from Rick’s College, Bohn transferred to Idaho State University, where he majored in zoology and planned on becoming a dentist.

After earning his degree, he had the opportunity to work in a dental office.

So he returned to school, this time at the University of Texas in San Antonio, where he earned a degree in music education.

He then began teaching orchestra in an inner-city middle school.

It was there he quickly learned that was not what he was looking for, either.

“People like to think that you go to an inner-city school and you can change things and everything works out happy and glorious, but it was the complete opposite in my situation,” he says. “I had kids fighting in the orchestra room. I had rocks and stuff thrown through our windows.”

After just one year there, Bohn left.

“One year at that school kind of sucked me dry of energy,” he says. “That summer I’m like, 'I got to do something else.'”

That something else was working in sales, which eventually took him to New Mexico, where he became a bishop, and then to California, where he was subsequently let go by the company for which he moved.

It was then Bohn knew he needed a blessing.

And in the blessing administered by his bishop in California, Bohn received the following answer: “Focus on your talents, focus on those things you’re good at, and the Lord will take care of the rest.”

And that’s when Bohn started to explore strings teaching in earnest.

Today, Temecula Conservatory of Music consists of 115 students who are divided into three orchestras. In April, the top two groups performed at Carnegie Hall where they scored a gold rating.

“To get a gold at Carnegie Hall is insane,” Bohn says. “It’s like the best you can get.”

Bohn compared the feat to winning gold at the Olympics, especially notable for an orchestra that had never performed at that level and was, on average, filled with musicians significantly younger than their peers.

Things weren’t always so rosy for the group, however, especially in the beginning and especially for its founders.

Bohn stressed that the orchestra is a family affair, and he has had several of his own children participate in the group, in addition to other family members' support in getting it up and running.

"My mom and dad were real supporters of this," he said. "One example is one concert my dad came to when I was in the Idaho Falls Symphony when I was in high school. The same night there was a really intense BYU football game going on. He came to my concert but could only find my sister’s pink radio with enough batteries to play the game. So he sat in my concert with his earphones in listening to the football game. He thought he had gotten away with it, but the next day when my mom was reading the review of the concert in the newspaper the critique mentioned that the concert was incredible but that there was a guy with a pink ghetto blaster sitting in front of him listening to a football game the entire concert. But he never missed a concert of mine."

"My in-laws, Dennis and Carolyn Christensen, footed the bill for our initial 25 violins for our first beginning violin class. So it really goes to show that we needed all of our family to pull this one off. That and a lot of hard work."

Their help was critical, as Bohn didn't have the funds at the time to actualize his dream.

“We found ourselves on church assistance for several months while we were trying to build this thing because we had no money,” Bohn says. “We were completely out, which is really humbling, going from a bishop giving Church assistance to now going to my bishop and receiving church assistance.”

From that experience, Bohn and his family gained a testimony of the Church storehouse, and then miracles began happening, from meeting the right people who directed him to potential students to instructors reaching out asking about teaching positions in the orchestra.

“This has been one of the only easy things in my life that I’ve seen happen, where everything else seems to be hard, everything else seems to be difficult where there are issues or there’s something wrong, but this has always been an easy thing," Bohn says. "Blessings have come easy, so, yeah, I would say straight from the top, this is from Heavenly Father all the way.”

Bohn had originally moved to California for his sales job, the one that he no longer had. The Lord, however, knew something about the Inland Empire Valley that Bohn did not.

Not that finding students was easy. Although he now has 115 kids participating, he has seen near 300 others come and then go for various reasons.

His students—the ones who did stay—have been God-sent. 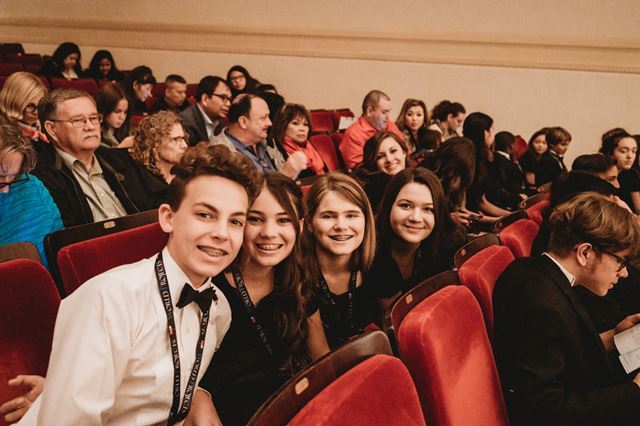 In the months preceding their performance at Carnegie Hall, Bohn's students spent exorbitant amounts of time breaking down their craft. In an orchestra where the average age is 12 to 13, some of the kids were putting in 10-hour days perfecting their music.

“We worked our guts out,” Bohn says.

Even the trip to New York to participate in the once-in-a-lifetime event was inspired. Bohn actually missed his flight—something he never does—and that gave him time to work out hotel accommodations. 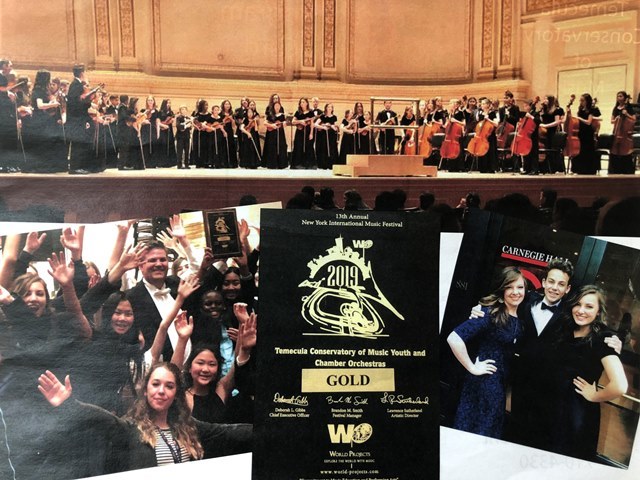 “The whole thing has been led by God. We worked really hard, but it is all directly from heaven,” he says. “The Lord opened the door for this to happen.”

Listen to the Temecula Conservatory of Music's performance at Carnegie Hall:

Mormon Life MusicianMusician,Mormon Life
Comments and feedback can be sent to feedback@ldsliving.com