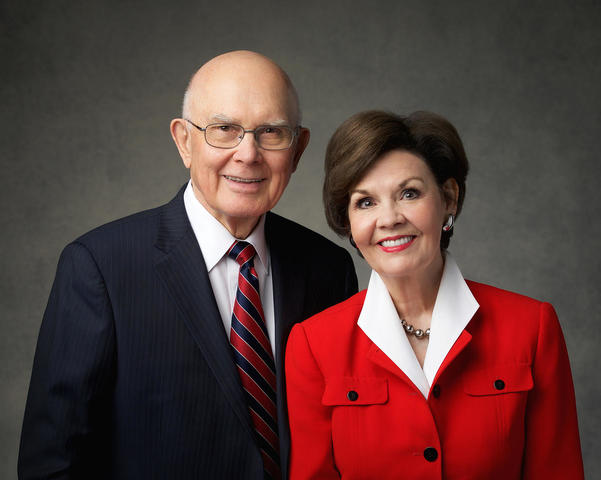 Whether a person who has lost a spouse enters into a second marriage is a very personal decision. It depends on many individual circumstances, including the ages of the prospective marriage partners and children, financial implications, and even what is known about the feelings of the deceased spouse. In the hope of benefiting others who decide (as I did) to remarry, I share here some of what I learned as I experienced some of the issues involved in a second marriage.

What I learned is related to my personal circumstances. June and I had been married forty-six years at the time of her death. I was then sixty-six years old. We had six children, all married, and twenty-three grandchildren.

Two very important things that helped me through the adjustments of remarriage happened before June’s death. In detail they were unique to our circumstances, but they are mentioned here because they involved principles that will apply to many.

First, June approved of my remarrying. As I mentioned earlier, during her year-long battle with cancer she came to realize that she would die before me. I was never willing to discuss my remarrying, but she frequently told our four daughters that she knew I would need to remarry and that when that time came they should help me find a companion who would fit well into our family, and welcome her. That was her wise preparation, and it proved very important to all of us. I did not begin to look for a wife until all my daughters had come to me individually and told me they were ready for me to remarry. They did not want me to be alone and were emotionally ready for me to proceed. My remarrying was not a problem for our two sons.

► You'll also like: 3 Beautiful Memories from President Dallin H. Oaks That Helped Him After the Passing of His Wife June

Second, without any anticipation of June’s predeceasing me, I had kept records throughout our marriage of the gifts and inheritances she received from her parents, including what we purchased with those resources. I was, therefore, in a position to give our children their inheritance from their mother (and her parents) within a year following her death. This was done by transfers of property that had monetary value and by loving division of possessions of sentiment. I made this early distribution so that when the time came for me to remarry, none of the children would have any of the fear I had sometimes observed (as a lawyer or judge or Church leader) that the “new wife” would inherit some of “Mother’s property.” I wanted that potential concern eliminated long before I remarried and entered into an appropriate prenuptial agreement with a new wife. It was.

The most important decision in remarriage—eternally important and highly personal—is obviously the identity of the second spouse. For Latter-day Saints it is the subject of careful study (“due diligence,” some would call it) and fervent prayer. To apply a familiar description, you study it out as if it all depended on you, and you pray as if it all depended on the Lord.

I have had many inquiries about how I found a second wife, including one from a man who wrote asking me to describe my plan of action. My reply to him contains most of what I feel to share here.

“I had no ‘plan of action,’ except to pray for guidance. After about two years I was feeling strong pressure from my daughters, confirmed by my own feeling, that it was time to look for a companion. At that point I made some discreet inquiries among some associates, and with the help of the inspiration of the Lord, I was soon introduced to Kristen.”1

In my visible position as a General Authority, I felt it inappropriate to date publicly. My time of getting acquainted with Kristen was spent in the presence of family—my children, my siblings, June’s siblings, and Kristen’s family members. I followed the familiar wisdom that it is wise to observe a potential marriage partner in a variety of circumstances. We and our family members came to know one another, and by this means I was blessed with the approval of all six of our children before I proposed to Kristen. Those who knew Kristen McMain then, and those who have come to know Kristen M. Oaks now, easily recognize why she was the ideal woman to become part of our family and to stand beside me in the great responsibilities of my calling.

I will mention only a few considerations that influenced my decision, some in the realm of reason and some in the realm of revelation. Kristen’s many years of being single, her service as a missionary (in Japan), her doctoral degree from Brigham Young University (in education), and her intelligence, faithfulness, skills as a speaker and teacher, and her loving outreach to others2 ideally fitted her for the responsibilities that came to her with our marriage. In the way I was led to meet her, in the answer to my prayers for guidance, and in the sacred assurance I received of June’s approval, I had the revelatory confirmation I sought.

It was also important to both of us that Kristen felt comfortable about becoming a “second wife.” She understood the eternal doctrine of relationships. She was becoming part of an existing eternal family unit, and she has always been eager to honor and include June. In tribute to June she often says, “I am so thankful for the influence of a righteous woman who refined Dallin and the children into the husband and family I love today.”

I have learned from many letters received since my remarriage that many who have lost a spouse have questions about the effects of remarriage on family relationships in the eternities to come. There are so many different circumstances involving parents and children, and so little is known about the circumstances of the next life, that it is not possible to give answers to most questions. Some gospel doctrines are revealed only in part. Often, because we do not have these doctrines in their entirety, we cannot tell how they will apply to our individual circumstances.

What we do know is sufficient for our mortal decisions. We know that we have a loving Heavenly Father and a loving Savior, Jesus Christ. We trust in the efficacy of temple covenants that have been honored by those who entered them. We trust in the divine plan of salvation and its loving Author. We know that the agency (power of choice) God has given us is a fundamental eternal principle, which He will not violate by forcing any of His children into family relationships they do not choose. We trust in God that all of this, including a second marriage in His temple, will, when covenants are honored, result in the greatest possible happiness for all concerned.

Whether a person who has lost a spouse enters into a second marriage is a very personal decision, depending on many individual circumstances. I was blessed with abundant assistance and guidance, which led me to an ideal companion.