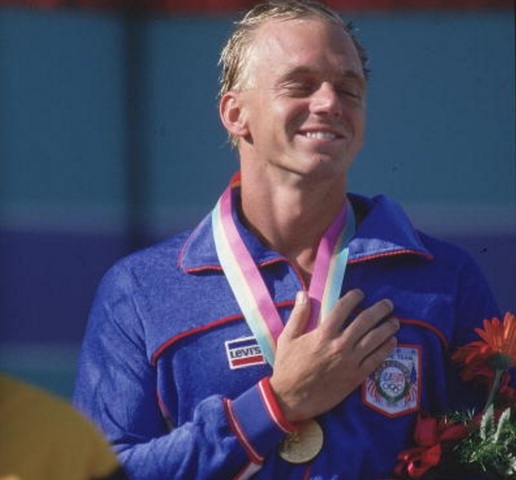 At the 1984 Los Angeles Olympic Games, Gaines returned to the spotlight, winning three gold medals—the most of any swimmer that year. But Gaines didn’t keep the glory for himself. Instead, he gave away each of his medals: one to his coach, one to his dad, and one to his mom.

Around the time of his diagnosis, an LDS friend invited the Gaines family to attend church. Soon after his recovery, Rowdy and Judy took them up on their offer and began attending church with their family.

Thanks to his incredible fitness, determination, and newfound faith, Gaines was eventually able to make a full recovery from his disorder. In fact, in 2011 he broke yet another world record at the Masters for the 50-54 age group in the 100m free.

Now ranked as the most experienced television swimming analyst, Gaines makes frequent appearances as a commentator during the Olympics.