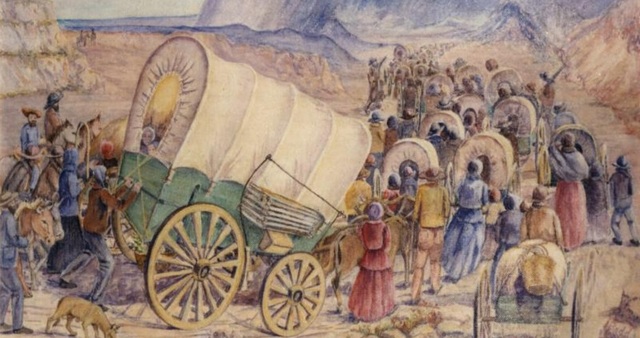 Before the missionaries showed up on his doorstep, Hans Ulrich Bryner Jr. had several dreams about the city of Zion, some of which comforted him after he was blinded in an accident.

Hans Ulrich Bryner Jr., the son of Hans Ulrich Bryner and Verena Wintsch was born in Zurich, Switzerland on April 22, 1827. His father was a shoemaker and young Ulrich picked up and delivered the shoes for his father. His parents were good religious Lutherans and taught their children to pray, to be obedient, honest, prompt, industrious and thrifty. When Ulrich was ten years old, his father bought a large farm. Ulrich learned to do farming chores such as plowing, mowing and pruning. They attended school from age six to twelve and did very well in their studies. By the time Ulrich was grown, he could speak several languages. They were a happy united family and were fairly well off.

In January of 1843, when Ulrich was nearly 16, he became very sick. His best friend also got sick and died. This upset Ulrich and he worried about it, thinking that he too might die. With this on his mind he was unable to sleep very well. He had a dream, in which a man with a grey beard and peculiar eyes took him by the hand and led him, in darkness, half way around the world. He could see nothing at all until they came to the top of the world. Then the heavens opened above their heads and he saw a bright light come down.

He saw the City of Zion shining like gold, silver and glass —its loveliness was above description. He saw a big wall with three gates leading through it. Righteous and holy people were going through these gates into the city. He wanted to go in too, but the man said “You can’t go through now, but if you are faithful and true, the time will come when you will be allowed to go.” As he lay on his sick bed, he thought of this dream night and day.