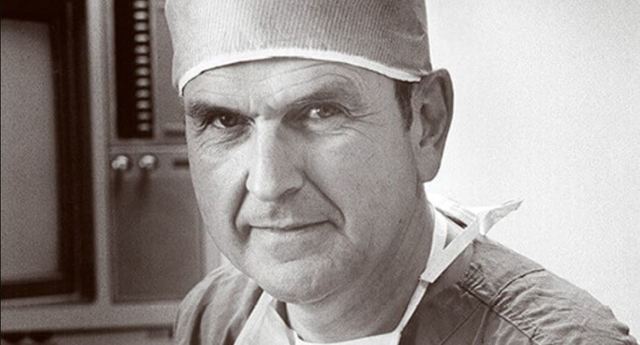 Even when he was a young surgeon, Dr. Nelson’s operating room was calm and orderly and had an attitude of respect for everyone in the room. “Things can go wrong in a hurry in the operating room,” he explained, “particularly if you’re working with circuits and connectors and things where an aorta can blow apart in front of your eyes, or the tubing can split open. You’ve got to be ready to make instant decisions and take instant actions. The only way you can do that is to demand absolute control over your emotions. Absolute control. I learned this the hard way.” 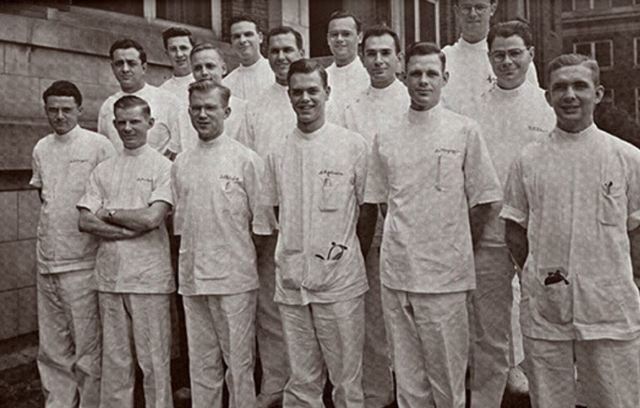 Russell (second row, third from left) with his fellow interns in Minneapolis. Image from Insights from a Prophet's Life: Russell M. Nelson.

As a young intern in Minneapolis, Dr. Nelson found himself assisting a surgeon who was amputating a gangrenous leg. “Not ischemic gangrene but gas gangrene, botulism,” he described. “And the surgeon was just jittery.” The operation was difficult and not proceeding as desired. At one point, one of the surgical team members failed to perform a function exactly as prescribed, and the surgeon became furious and spewed one insult after another while deriding his colleague. As he did so, and while cutting through tissue loaded with disease, he lost control of his scalpel and jabbed the knife infected with botulism through Dr. Nelson’s forearm. The danger to the young intern was immediately apparent to everyone in the room, but even this costly, unprofessional mistake didn’t humble or calm the surgeon in charge.

“I didn’t like that very well,” Dr. Nelson said in understated fashion. “I said right then and there, ‘Russell, you will never lose control in the operating room. You will always be able to handle things without getting upset. I resolved that I would discipline my body to be subject to the dominion of my spirit.”

There were other learning experiences that reinforced his resolve. While assisting a surgeon during his time in Boston, Russell was tying a knot on a crucial bleeder when the thread broke. “It broke!” he said to the more experienced surgeon. Seizing the teaching moment, the surgeon stopped the operation, laid out a suture on the table, and asked, “Now, Dr. Nelson, will that suture ever break?”

“You broke it,” said the surgeon. “It won’t ever break on its own. You have to break it for it to break. So take responsibility.” 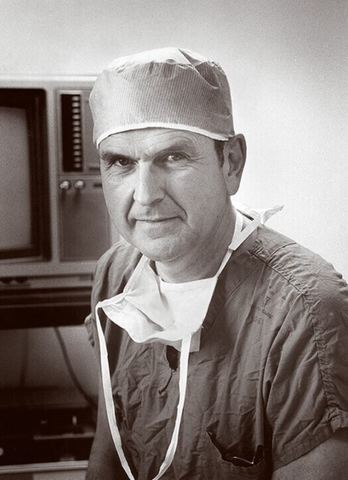 Such early training in responsibility and self-mastery paid dividends throughout Russell’s life. He became a model of discipline. Though blessed with a lean body, he weighed himself every day and held back a little on what he ate if he went up a pound. Many years later, his Brethren would say they had never seen him out of control, never seen him lose his temper during even the most intense discussions about critical issues. As his international travel increased, he learned to adapt to time zones with the attitude, “If I’m flying to this time zone, I’m now in that time zone.” In like manner, the environment in his operating room was distinctive among surgeons.

In November 2015, President Russell M. Nelson was honored by the University of Utah Medical School upon the sixtieth anniversary of the first open-heart operation in the state. Heart surgeons came from far and wide to celebrate one of their professional heroes and mentors, a true pioneer in their field.

Elder Gary E. Stevenson of the Quorum of the Twelve was in attendance and found himself seated next to a former student of Dr. Nelson’s from when he was the head of the thoracic surgery residency program at the medical school. This man, now an accomplished surgeon in his own right, described Dr. Nelson’s unique teaching style, which resulted in a great deal of notoriety.

Heart-surgery residents, he explained, do much of their learning in the operating room, where they perform surgery under faculty supervision. The environment in some operating rooms was, this student said, “chaotic, competitive, pressure filled, and even ego driven.” The experience could be demeaning and frightening all at once because young resident surgeons knew their careers were on the line.

But he described Dr. Nelson’s operating room as distinct from the others: “It was peaceful, calm, and dignified. Residents were treated with deep respect.” Soft music played over an intercom, and despite the life-or-death situations they might encounter, the surgical team worked with deliberate concentration and no sense of drama.

This is not to say the environment was lax, however. Once Dr. Nelson demonstrated a procedure, he expected near perfection from the residents. As a result, said this former student, “The best patient outcomes and the best surgeons came out of Dr. Nelson’s operating room.” 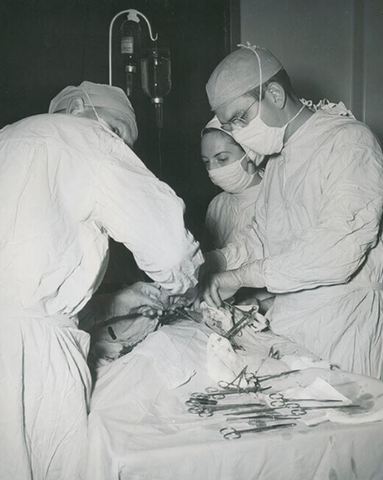 Elder Stevenson summarized, “This is no surprise to me at all. This is what I have observed firsthand and been truly blessed by in the Quorum of the Twelve. I feel like I have been, in a sense, one of his ‘residents in training’” (Stevenson, “Heart of a Prophet”).

Elder Gregory A. Schwitzer of the Seventy concurred: “I have never met a surgeon who was trained under Russell M. Nelson who didn’t have the highest accolades for the training he received. He taught them what you might call the ‘unwritten laws of medicine,’ in terms of bedside manner, caring for the individual, and looking into their hearts figuratively as well as literally” (Church News/KSL Interview, January 8, 2018).

When residents and other members of the operating team needed to be corrected, Dr. Nelson did so with respect. During one quadruple coronary arterial bypass operation—surgery to bypass obstructions in four arteries—at one point in the delicate operation the patient’s blood pressure suddenly dropped, much to the surgical team’s surprise. Dr. Nelson quickly identified the problem—a clamp that should have been left on one of many tubes in the procedure had been removed. With the clamp replaced, he said to the operating team member responsible for the mistake, “I still love you.” Moments later he added, “Sometimes I love you more than other times.” Despite the error, the atmosphere remained positive.

About that incident, Dr. Nelson explained, “It’s a matter of extreme self-discipline. Your natural reaction is, ‘Take me out, coach! I want to go home!’ But of course you can’t. A life is totally dependent on the whole surgical team. So you’ve got to stay just as calm and relaxed and sharp as you ever were” (Johnson, “Russell M. Nelson”).

Said Elder Schwitzer, “Russell M. Nelson is renowned for what he did in his career. He was an innovator and a pioneer. But I don’t think there is another senior physician on the medical staff who consistently is also described with the word inspiring. He certainly inspired me” (Church News/KSL Interview, January 8, 2018).

All images from Insights from a Prophet's Life: Russell M. Nelson. 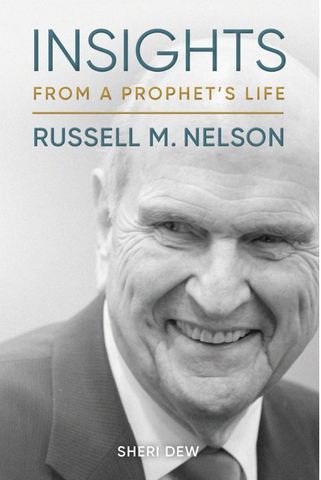 Get more fascinating glimpses into President Nelson's life with Insights from a Prophet's Life.