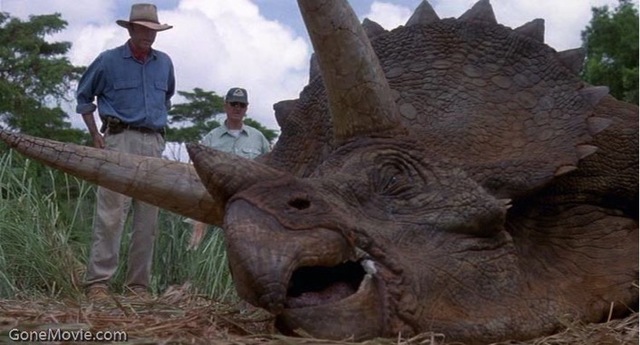 It’s impossible to escape the hubbub surrounding this summer’s record-setting blockbuster Jurassic World. From raking in the highest international gross on opening weekend ($315.3 million) to climbing to $1 billion in domestic revenue faster than any other movie in movie making history, Jurassic World has proven a colossal force in the box office. However, this level of success isn’t new for the Jurassic franchise. The first Jurassic Park transformed the way we see and experience film with groundbreaking special effects and marketing strategies, catapulting Jurassic Park into its place as the highest-grossing film in its time.

There’s no doubt about it, Jurassic Park continues to reshape Hollywood history. But this dino-amic franchise would not be what it is today without the influence of Mormon producer Gerald Molen. Aside from working as a producer on both the first and second Jurassic Park, Molen made his mark on the first Jurassic film with an onscreen appearance.

Do you remember the scene when Dr. Ellie Sattler (played by Laura Dern) plunges her arm elbow-deep into a huge pile of triceratops feces? (You probably do; it’s an iconic scene that’s rather hard to get out of your head.) 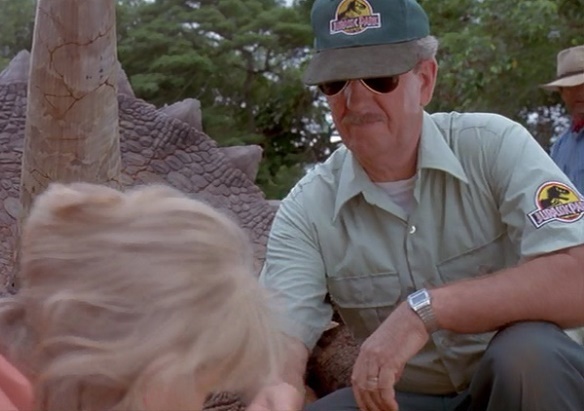 Well, right alongside Dr. Sattler is the park’s veterinarian, played by none other than Gerald Molen. In addition to Jurassic Park, Molen has appeared in cameos in a number of his movies, including playing Dr. Wilhaire in Days of Thunder and Dr. Bruner in Rain Man. (Fun fact: Molen’s name also appears in the movie Hook, etched on a large cauldron sitting on the pirate docks).

While fun, these tidbits don’t begin to demonstrate the impact Molen has had on Hollywood over the years. In his career, Molen has produced or co-produced 18 movies, winning an academy award in 1993 for his work co-producing Schindler’s List. Among his other films are notable titles like Twister, Hook, and The Minority Report, as well as some titles many Mormons might recognize, like The Other Side of Heaven and The Legend of Johnny Lingo.

In his most recent film, The Abolitionist, Molen features Mormon ex-CIA agent Timothy Ballard in his efforts to rescue children around the world from the brutalities of human trafficking and sex slavery. The documentary follows Ballard and his team of former Navy Seals and CIA agents along with other operatives as they participate in undercover operations to recover those trapped in modern-day slavery.

Throughout his nearly 30-year career as a Hollywood producer, Gerald Molen has helped translate the vision of directors and screenwriters onto the big screen, allowing these films to spark public imagination, shape pop culture, and provide stunning and groundbreaking entertainment.

To learn about other Mormons making an impact in the film industry, check out these 11 unexpected Mormon-Hollywood connections.