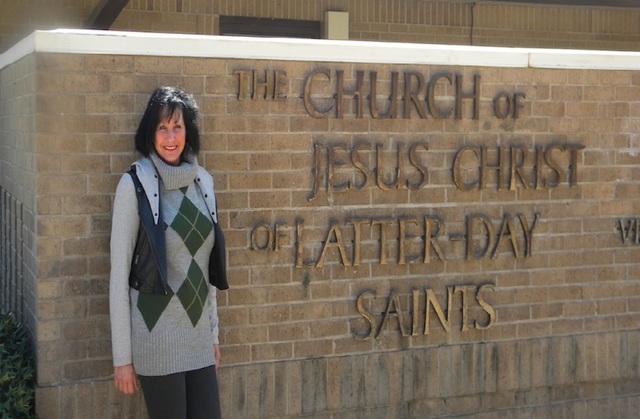 When Jane Moe shattered her ankle after her foot slipped into an exposed manhole in 2006, doctors told her she might never walk normally again. Jane and her long-term boyfriend Richard prayed for a miracle, hoping she could be healed. When Jane went into an intensive surgery where doctors attempted to reconstruct her ankle, she never expected that not only would her prayers be answered but that she would glimpse heaven.

A Vision of the Dead

After Jane drifted into an anesthetized unconsciousness as doctors worked to repair her leg, she remembers looking down at her body and thinking, “How can I be up here and down there, too?” Jane wondered how she could experience the feelings and sensations of being both places at once, when suddenly she realized she had a body and a spirit—two distinct pieces of herself that looked the same.

“All of a sudden, I felt this unbelievable rush of love that went through me and in me and around me and surrounded me,” Jane says. Along with the overwhelming love, Jane was embraced by vivid colors, mostly white and gold. “Not the white and gold like you and I see white and gold,” she clarifies. “When I’m describing what I saw, I don’t have earthly words. . . . And I saw this man walking out of the gold.”

At that moment, Jane wondered if she had died on the operating table. “Are you God?” She asked the man approaching her. “No,” he replied. “But I can understand why you might feel that way. Heavenly Father sent me to talk to you and tell you, don’t be afraid. It’s not your time.”

The man then told Jane she was there to receive a message, that she would have the opportunity to share all she had seen with the world. “I don’t remember my reaction other than I felt home. I knew where I was. I knew this man, yet I didn’t know this man,” Jane says.

That’s when the man asked Jane if she wanted to see something truly special. “I remember thinking, ‘This is not special?’ It was amazing, the amount of love. I can never find enough words, but it was like [the love] was a part of each cell,” Jane says.

The man cracked open a white and gold door behind him, and Jane felt a renewed and more intense burst “of love and joy and music and colors.” The door was only opened an inch, and the man said, “I cannot open it more. You are not ready to see what heaven has and what it offers, but you can see our Savior.”

“I saw the Lord sitting in a chair and He was surrounded by families . . . loving each other,” Jane says. And while it is hard to describe with words all she saw, felt, and experienced, Jane knows our Savior loved and spoke with each person that surrounded Him as though they were a child, taking them all onto His lap one at a time.

The man told Jane he was Richard’s father, adding, “I know my son will never believe what you’ve seen. Heavenly Father is going to give you the gift of remembering this, and I’m going to give you the gift of making my son understand that you really saw me.” That’s when Richard’s father told Jane a list of specific and obscure details about himself, such as his address growing up and that he never tied his shoes, to help Richard believe.

Dreams of the Afterlife

When Jane awoke after her surgery, she looked at Richard and emphatically stated, “I saw your dad.”

“He leaned over me and said, ‘You couldn’t have seen my dad. My dad has been dead since I was 15,’” Jane remembers. She knew from past experiences that it was difficult for Richard to speak of his father. But Jane also knew what she had seen.

“I did see your father,” she responded. “I saw him in heaven. He told me that you wouldn’t believe me, so here are the details that he wanted me to share with you.” As Jane listed off the details about the man she had seen, Richard began to cry. Jane also told him of the vision she had seen.

“He said, ‘Honey, how could this be happening?’ I said, ‘I don’t know, but your dad told me I have a message to share with the world and I don’t know what the message is,’” Jane recalls.

Jane returned home in shock, almost disbelieving everything she had experienced. Though she wrote down everything she could about the memory, she was unsure why she had seen this vision and what it was she was supposed to do.

That night, Richard’s father came to Jane again in a dream, along with Richard’s grandfather and mother. “They said, ‘We can visit you in your dreams now because you have a message to share.’ I said, ‘What is it?’ They never told me the message, they just smiled at me,” Jane says.

For the next eight months, Jane was confined to her bed or a wheelchair. Eventually, she learned to walk again using a walker, and, with the help of physical therapy, she began standing and walking on her own again. But during this time, Jane continued to have dreams about her ancestors and those who had passed away.

One night, Jane remembers receiving a visit from a beautiful woman who asked, “Do you know who I am?” Jane had never seen the woman before in her life, but the woman proceeded to tell Jane she was her Aunt Carol.

“I don’t have an Aunt Carol,” Jane replied.

The next day Jane called her father. “I asked, ‘Dad, why didn’t you ever tell me you have a sister named Carol?’ He said, ‘How do you know that? We buried her in the cemetery.  She was only a baby—she was stillborn.  She is dead.’  And I said, ‘No dad, she lives, and I saw her,’” Jane recalls. But her father didn’t believe her—at first. Many of Jane’s family and friends did not believe her experiences until much later in her journey.

Jane recorded her dreams in a journal, but she kept most of these visions between herself and Richard, afraid others would think she was crazy and still unsure why these experiences were happening. But soon Jane noticed changes in her waking life, not just her dreams. She began to have moments when she would feel as though angels were around her. Though she could not see them, she could sense the ancestors who came to her in her dreams surrounding her, strengthening her.

“If you talk out loud, your ancestors can hear you; they can see you too,” Jane says. “You can’t hear and see them because there is a thin veil that separates us, like a one-way mirror.”