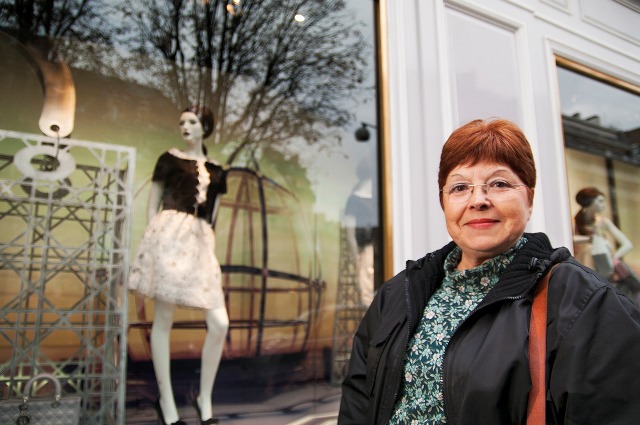 A Humanitarian by Design

That “something else” came in 1989 when one of Pelous’s friends, Father Francois Laborde, contacted her with a plea for help.

In the village of Nepalganj, Nepal, a teacher was trying to establish a home and school for orphans. “It was just a hut,” Pelous recalls. “The teacher was caring for 50 children on his own salary. There was no running water, no electricity, no beds, and no medical care. Children were sleeping on the ground completely naked.”

The task seemed insurmountable, but Pelous accepted the challenge. 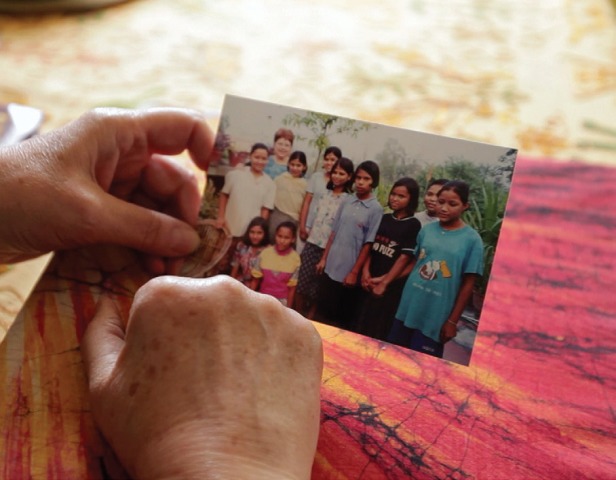 She returned to Paris to work and save as much as she could—but she recognized yet again that her savings alone would not be enough to fund the Nepal project. Prayers were answered soon after when help came in the form of a real estate agent who made a very generous offer on her home in Paris. Pelous felt inspired to sell it.

“I knew this was the answer, so I sold my home and bought a much smaller one,” she explains. “I also sold many personal possessions. Then I returned to Nepal with a large sum of money.” With that money, Pelous built an orphanage, which she named Asha Ashram, or House of Hope.

“We would search for abandoned children and bring them to Asha Ashram,” she explains. “Once we found one boy who was abandoned and living alone in the jungle. We taught him how to read and write and how to use utensils. Soon, because of word of mouth, we didn’t need to search for children to help. They were being brought to us.”

As Pelous provided shelter, medical care, and an education for the children of Asha Ashram, her need to be near them grew greater, but she still needed to earn a living. Thankfully, her fashion skills were so valued and her humanitarian work so admired that her employer, Nina Ricci, generously paid her a full salary while allowing Pelous to spend three months each year caring for
the orphans.

Pelous has legally adopted 79 orphans from Nepal, 72 of whom are now self-sufficient. “These children are my family. They are now part of my genealogy. I love them, and they love me.”

It was an early experience with a flooded village that led Pelous to begin these adoptions. When several children were orphaned in the flooding, local leaders came to Asha Ashram after the village
was rebuilt to reclaim the orphans without any proof that the children belonged to them. “I wanted the children to stay and receive an education. After that, I made sure I adopted the orphaned children so they could not be taken away,” she explains.

Over the years, many of Pelous’s adopted children have gone on to college and established successful careers. Two of her children have even joined the Church. “My daughter became the first
missionary to come from Nepal,” she says proudly.

“I used to ask Heavenly Father, ‘Why shouldn’t I have children?’ I was sad for many years, but then I finally understood—if I had children of my own, I would never have come to India or Nepal.”

Caring for 79 children has certainly been challenging, but Pelous says God has strengthened her along the way. “I never thought I could do this, but I have found energy beyond myself as I serve,” she says. “I’m just an ordinary person trying to do something extraordinary, and I want to make as many children happy as possible.”

Pelous retired in 2007 and now dedicates the majority of her time to creating a better life for children in need. In fact, since the devastating Nepal earthquake in 2014, Pelous has helped establish 27 orphanages that provide quality education for children in Arnokot and Melamchi. She has also expanded her humanitarian efforts to Morocco through her nonprofit organization Action Autonomie Avenir, or Action for a Self-Sufficient Future (aaa-asso.fr).

“We are supporting many projects in partnership with local programs there,” she says. “We have created a boarding school for children who live in remote, mountainous areas who could not otherwise get an education because the journey to and from school would be too difficult.” Other AAA projects in Morocco include the construction of a women’s literacy center and a kindergarten.

Pelous understands that most people can’t dedicate as much time as she does to serving others. Still, she says, everyone can help someone. “There are opportunities to serve all around us! Too many of us wait on the Church to be told when and where to serve.” She adds, “We need to do more than pray for the sick and the needy—we need to provide aid.” She adds, “The gospel is the pure love of Christ. When we follow His example, we want to help everyone.”