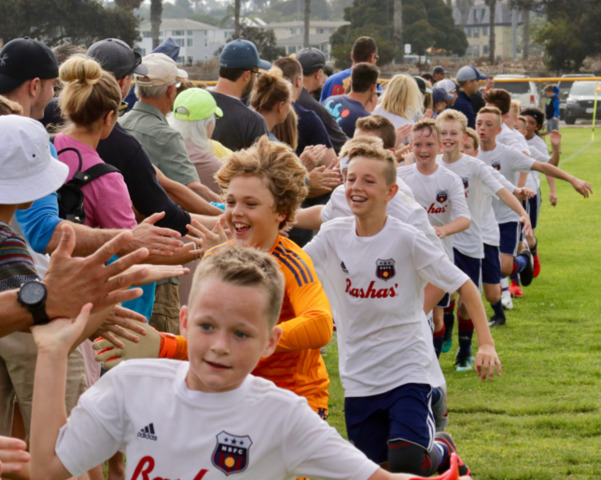 After years of watching his sons on high-level soccer teams compete in tournaments on Friday and Saturday and then sit out the championship game on Sunday, Travis Breinholt said he felt strongly that something needed to be done.

The pressure to play youth sports on Sunday was becoming an all-too-familiar story. He knew of many families who honor the Sabbath day but battled with similar circumstances. Some clubs didn’t allow players who sat out Sundays to play on the best teams; instead, they had to play on a second team. Again and again, families were forced to compromise quality athletic experiences to maintain their values.

At the time, Breinholt was on the board of directors for the Legacy Soccer Club, now known as Real Salt Lake Arizona. He was one of several people who got together and decided to start looking at a soccer club that didn’t compete on Sunday.

“And it was really the first no-Sunday club program in the country that did not compete on Sunday. So we don’t ever play on Sunday; we don’t ever practice on Sunday. Sunday is our day off,” said Breinholt, a member of The Church of Jesus Christ of Latter-day Saints in Mesa, Arizona.

Breinholt now serves as president of the NSFC. The youth soccer club just kicked off its fourth season and has more than 700 registered players. With roughly 40 competitive teams and a new recreational program starting this fall, the NSFC is striving to change the competitive athletic culture by not playing games on Sundays — and it’s benefiting families all over the east valley of Arizona who come from a variety of religions and backgrounds.