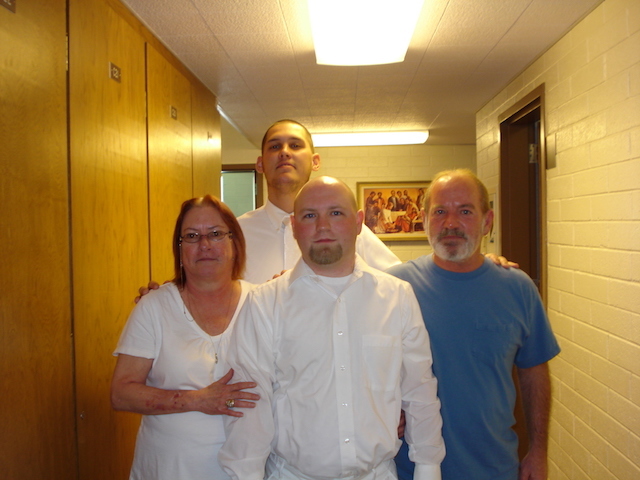 Brad Parr remembers the day he drove past a meetinghouse of The Church of Jesus Christ of Latter-day Saints for the first time. He’d only recently moved to Utah with his parents and was about to start fifth grade.

“What kind of church is that?” Brad asked his mom and dad. He’d noticed that the church didn’t have a cross like the churches he’d seen in the South. He’d been attending church on his own for several years—hitching a ride with neighbors when they lived in Alaska, taking a bus when they lived in Florida.

“Those are Mormons,” his parents said. “They’re weird. Stay away from them.”

Not long after, Brad’s parents bought a home near Roy High School and Brad started fifth grade at the elementary school nearby. “What’s your name?” kids asked him, appearing friendly and inclusive. “So, are you a Mormon?”

“No,” Brad replied. And that was that. They’d never talk to him again.

Not until junior high and high school, that is. Brad would see Latter-day Saint kids at parties that he attended. They were doing all the things he loved to do—smoking, drinking. He’d be smoking with a guy late on a Saturday night, when suddenly the guy would stand up and say, “I’ve got to go home.”

“I’ve got to go to church in the morning.”

Brad’s experiences with hypocritical members of the Church, combined with the misconceptions of his parents and others, left him with a bad taste. He also felt hurt—excluded, bullied, and judged—by people that claimed to have the truth.

A Lifetime of Searching

The truth—it was something that Brad had been seeking his whole life. Religion and drugs were the two bipolar forces that ruled his life. There was a numbness, a peace, a sense of belonging that he kept trying to find.

The drugs he’d picked up from his parents. His mom had started doing cocaine in the '80s while they lived in Alaska, and she’d been addicted during all of Brad’s childhood. “Growing up the way that I did, it was okay to do drugs and alcohol,” Brad said. 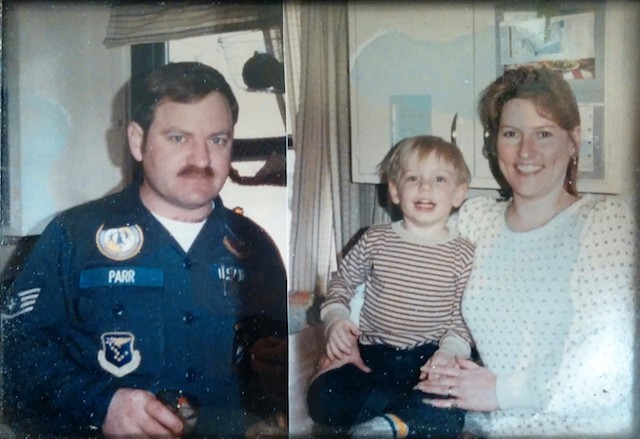 Right: Brad (4) and his mother, Jackie, at their home in Anchorage, Alaska.

In one memory, Brad’s mom had vanished for weeks when a family friend came home and reported that she was at a biker’s bar. Brad’s father, still not completely sober himself, packed his son into the car and drove to the bar.

“Keep the door locked. Keep the windows up,” he told his son. He grabbed his gun, shut the door, and headed into the bar.

He was gone for 10 to 20 minutes. During that time, someone tried to smash one of the car windows, and Brad heard gunshots fired. Moments later, Brad’s dad appeared dragging his mother out by her hair.

Looking at his childhood in hindsight, Brad realizes there were several times that he was protected in miraculous ways. “Don’t get me wrong,” Brad said. “[My parents] are good people . . . but they had issues that influenced their behavior and their parenting.”

So it’s no surprise that substance abuse became part of Brad’s lifestyle early on. His innate belief in God, however? He didn’t know where that came from.

Brad’s mom, Jackie, had grown up in a poor part of Tampa in a working-class family that was very religious. Jackie had attended church until a negative experience early on convinced her to never go back.

“I don’t know if I can say she was fully atheist, but she very much balanced that line between agnosticism and atheism,” Brad said.

His father, also from Tampa, grew up in a family of masons. With his parents often away at functions and fundraisers for the organization, Brad’s father, Greg, found himself on his own most of the time. When his older brother had a stroke, Greg became his brother’s primary caretaker when he was only a teenager. His brother died a few years later, and Greg grew bitter, believing that if there was a God, He sure didn’t care.

Despite these views, however, Brad’s parents didn’t oppose his religious appetite. His mom always made sure he was dressed nicely before he left for church and had lunch ready for him when he got home. "It was a sweet gesture," Brad said.

In high school, even after a hard weekend of partying, Brad made sure to go to some kind of religious service. Sometimes he’d go to a Buddhist temple on Friday nights or to the synagogue in Ogden with a friend who was Jewish. “We’d go to the temple that day . . . and then stay up all night and get stoned,” Brad recalls.