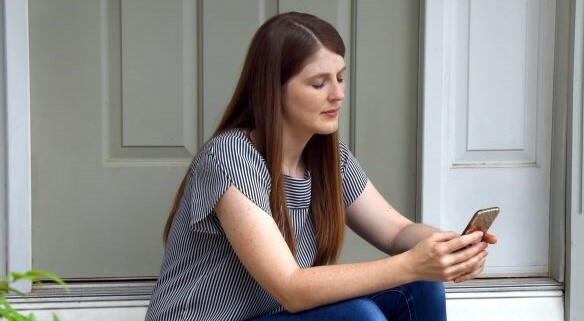 How much time should we spend on social media? Here's what we know from new BYU research and Church leaders

Do the virtues of social media outweigh the vices? That is a question asked by academics, religious leaders, and probably each of us as we watch yet another cooking tutorial we will likely never execute.

Engaging with social media in a way that enriches our lives and relationships, rather than diluting them, can be a challenge. Mustering up the discipline needed to monitor our time online is not exactly intuitive to most of us. But a lack of boundaries and good habits with our social media use can have disastrous consequences.

For example, a recent BYU study was one of the first to examine the long-term effects of social media. Their study found that “girls who used social media for at least two to three hours per day at the beginning of the study—when they were about 13 years old—and then greatly increased their use over time were at a higher clinical risk for suicide as emerging adults.”

But teenage girls are not the only ones that are at risk of harm. In a recent worldwide devotional for young adults, Elder Gerrit W. Gong of the Quorum of the Twelve Apostles quoted a 2020 documentary called The Social Dilemma, which explores the rise of social media and the damage it has caused to society.

“In the documentary The Social Dilemma, tech insiders warn, ‘If you’re not paying for the product, you are the product.’ Some experts now fear social media unexpectedly hurt societies and personal well-being. They worry social media algorithms, designed to optimize online use, sharing, and monetized advertising profit, also fosters suspicion, division, and even depression. Perhaps most telling, these tech gurus protect their family from excessive social media use,” Elder Gong said.

And in the October 2019 general conference, President M. Russell Ballard of the Quorum of the Twelve Apostles was addressing all members when he said, “‘Living right’ can be a pretty confusing concept, especially if you spend much time on social media, where any voice can declare real truths or false concepts about God and His plan for His children.”

Some Latter-day Saints may wonder if they should avoid social media altogether. But that is not necessarily be the case.

In October of 2018, President Russell M. Nelson invited the women of the Church not to delete their social media accounts, but to take a 10-day fast. He issued a similar invitation to the youth in June of that year. President Nelson also invited Church members to post on social media every day the week leading up to Thanksgiving, and the Church’s official Christmas campaign, Light the World, included several invitations to engage with social media.

Latter-day Saints seem to be counseled not to avoid social media, but to be very intentional if they decide to use it.

In 2014, Elder David A. Bednar gave a landmark talk at BYU Education Week about the role of social media in missionary work. Not once, but twice, during that message he shared these words from President David O. McKay about technology advancements: “Discoveries latent with such potent power, either for the blessing or the destruction of human beings, as to make man’s responsibility in controlling them the most gigantic ever placed in human hands. . . . This age is fraught with limitless perils, as well as untold possibilities.”

With that much power in our hands, how do we use it for our personal good and the good of those around us? Elder Bednar gave four guidelines:

You can read more about each of those guidelines in Elder Bednar’s BYU Education Week address.

The authors of the BYU study mentioned above stressed the importance of establishing good social media habits. The parents of young teenagers are encouraged to limit their child’s time online to about 20 minutes a day, maintain access to their accounts, and talk frequently with their child about what they see online. For all ages, the authors suggest logging on for a purpose and actively participating rather than passively scrolling, and unfollowing those who are exclusionary or have a negative influence. By establishing safe habits, the study states that “social media can be a positive experience for teens and people of any age.”

So is social media more virtue or vice? It seems that we decide. And Elder Gary E. Stevenson taught that keeping a gospel perspective is our way to successful social media use. In his October 2017 general conference address he said,

With so many appropriate and inspired uses of technology, let us use it to teach, inspire, and lift ourselves and to encourage others to become their finest—rather than to portray our idealized virtual selves. Let us also teach and demonstrate the righteous use of technology to the rising generation and warn against the associated hazards and destructive use of it. Viewing social media through the lens of the gospel can prevent it from becoming a spiritual eclipse in our lives.