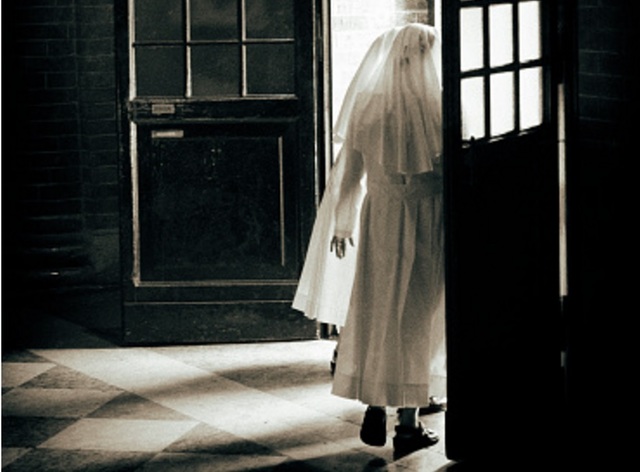 How the Secretary to 3 Popes Became a Mormon

"When I was a nun teaching in the convent, the children called me Sister Piera. Now that I am a Mormon, I am still called Sister Piera," Piera Bellaviti Schorr told the Deseret News in 1976. "Otherwise, my life is much different."

And indeed, becoming a member of the Church of Jesus Christ of Latter-day Saints completely transformed the life Sister Piera knew. Shortly after World War II, Sister Piera joined a convent, the order Madre Pie, becoming a nun and elementary school teacher. Later she was asked to go to the Vatican in Rome where she became the secretary to Pope Pius XII, Pope John XXIII, and Pope Paul VI.

In her 12 years as a secretary, she met bishops, royalty, heads of state, and many other influential people. "And then one day at the Vatican the bishop of North Carolina asked me if I would like to go to America. It would be a mission for me," Sister Piera told the Deseret News. It was on this mission, while serving as Mother Superior of her convent, that Sister Piera first heard the word "Mormon." She had to look it up in the dictionary, having never heard it before.

"A nun told me she knew a Mormon family and that Mormons were good people," she told the Deseret News. "This was the first I learned of Mormons."

In 1971, Sister Piera returned to her hometown of Milan, Italy. It was there, while on a streetcar to her English class, that Sister Piera ran into two young men dressed in suits.

"They struck up a conversation and I soon learned that they were two Mormon missionaries," Sister Piera said, as quoted on the Moroni Channel. The two missionaries, Scott Blaser and David Maxwell, told Sister Piera about the Book of Mormon, asking if she would read it. "About two weeks later the elders brought the book to the convent."

Having already had growing doubts about her current faith, Sister Piera began to read. "I came to a belief of the Book of Mormon and the prophet," Sister Piera told the Deseret News. "I knew God provided a way."

But the choice to leave her religion and her livelihood was not easy for Sister Piera. "I soon realized that if I join[ed] this church, I [would] have to give up everything," Sister Piera said, as quoted on the Moroni Channel. Having taken a vow of poverty, Sister Piera relied on the convent for all her needs. It was her job, her security, her family, and her social life.

She realized, "My security is here, and I am doing good," Sister Piera said, as quoted on the Moroni Channel. "I am serving the Lord. But this book is true, and this is the true Church."

After asking the Lord if this was the path He really wanted for her, Sister Piera fasted and prayed for three days. She continued, "I felt strongly this is the true Church, and if I wanted to be happy, I had to follow the truth."

But things still weren't easy after Sister Piera accepted this new faith. After writing a letter to the Mother General telling of her plans to join the LDS Church, Sister Piera was visited by the Mother General who tried to convince her to receive psychiatric help. She also had to write a letter to the pope, asking him to release her from her vows.

On June 8, 1974, Sister Piera left the convent, still dressed in her habit, and was baptized into the Church.

"I will never forget the spirit I felt and the gratitude I felt toward my Father in Heaven," Sister Piera said, as quoted on the Moroni Channel. "He had sent the missionaries and had given me the Book of Mormon. He gave me the courage to give up everything—to go against everybody, to follow the truth and join the Church."

The next month, Sister Piera traveled to the United States. "I came without money, but with faith, and again God provided a way," she told the Deseret News.

After working for some time as a governess, Sister Piera met William H. Schorr, whom she married in the Salt Lake Temple on March 15, 1980. Later, after their three children were grown, Sister Piera was sent on another mission, this time as an LDS missionary to the Bern Switzerland Temple. She served as an ordinance worker at the Jordan River and Salt Lake Temples before passing away in January 2002.