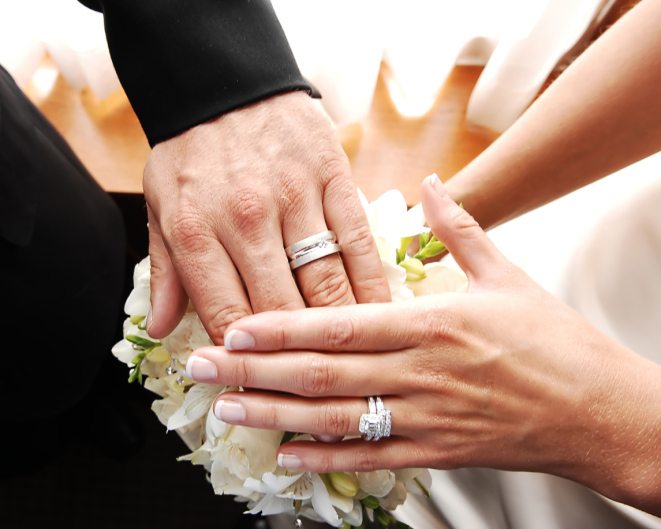 How to Accept the Change When a Parent Remarries

More than 50 million remarried people currently live in the United States alone. Two of those people are my parents. In just over 14 months, they went from a couple of 25 years to divorcés to members of new blended families. I and my four adult siblings quite suddenly found ourselves with a stepfather, a stepmother, and five new stepsiblings. And for a long time, I wasn’t really sure where I fit.

Feelings like mine, of loss and confusion, are common for adult children of remarrying parents, as are feelings of guilt and frustration from the remarrying parents. And for Latter-day Saint families in particular, it’s especially important to remember that a temple sealing permanently alters the family landscape for everyone involved, bringing up questions of what our family relationships will be like in the next life.

For those families experiencing a late parental remarriage, here are five pieces of counsel from experts and others who’ve been there on how to ease the transition when a parent remarries.

#1: Think About the Other Side of It

Sometimes it’s hard to understand what would motivate a parent to remarry or an adult child to lash out. “Many combined family members face feelings of bewilderment, frustration, hostility, and failure,” explain R. Lanier Britsch and Terrance D. Olson, authors of Counseling: A Guide to Helping Others. This is true of both the remarried parents and their adult children.

Anna Christensen*, who is recently remarried at the age of 50 with five adult children, shared one simple but profound reason why she decided to remarry: “Sitting alone in church is difficult.” She felt ignored as an older, single Saint. Similarly, 49-year-old Levi Jenson also cites loneliness as a reason to remarry. “I don’t tolerate being alone very well. It triggers depression and anxiety.”

Parents, even parents of adult children, are also often worried about how their decision will affect their children. Guilt about “replacing” the previous spouse and frustration at a lack of acceptance of their choice from their adult children also plagues remarrying parents.

On the opposite side of the coin, adult children commonly feel confused about the new relationship. Because they are often no longer living at home, adult children aren’t as much a part of the relationship’s initial stages and growth. This can make changes feel sudden to them.

Additionally, despite no longer being dependent on parents, adult children often struggle with reconciling the new spouse with the memory of the family they grew up with. “I’ve seen a lot of adult children feel slighted or feel resentful that their parents are remarried,” says Dr. Jonathan Swinton, an experienced marriage and family therapist. “The family to them often meant exactly what it was, and they don’t want that to change.”

Making the effort to sympathize with the other people in this situation is the first step to creating a positive, lasting relationship.

“Most remarried people report that right from the start, things were much harder than they had anticipated,” Britsch and Olson say. The biggest disappointment blended families face is trying to build relationships. Some new spouses may desire to become a parental influence to their new stepchildren, even if they’re adults; some adult stepchildren may want to be left alone. Be cautious in your expectations—most often, developing a good friendship may be the most a stepparent can reasonably expect.

“I find myself having to consciously make an effort to befriend my mother’s new husband,” shares Willa Taylor, who was only 9 years old when she first became a stepchild. Throughout her life she has experienced several more parental remarriages up through her thirties. Now, as an adult with her mother recently remarried for a third time, she explains, “As an adult, I don’t need my stepdad the way I would have needed him if I were a child. It is worth the effort to get to know him, certainly, but it is also a little sad, because it is very hard to develop any sort of closeness.”

Even when appropriate efforts are being made, sometimes amicable tolerance is the best outcome blended families can achieve in this life, and they need to go forward with faith that everything will be perfected in the hereafter.

Too often, adult children try to grin and bear it, leaving their feelings of resentment and fear unvoiced and festering. Instead of bottling it up, Swinton advises, “Families should have open discussions about what remarriage means for the family, how this new person is going to fit into the family, and how they can create something new as a family with this new relationship.”

However, it’s one thing to realize you should be open about your feelings and another to actually sit down and share. In preparation for a frank conversation between adults about remarriage, Swinton gives the following advice:

Commit to doing it. In having a candid discussion, there will be friction, but you have to commit to powering through it for the betterment of everyone. “Far too often, people in the Church try to avoid conflict because they think that should be the ideal,” Swinton explains. “I’m not saying fighting and confrontation are great things, but addressing problems is essential.”

Aim to understand. Understanding one another’s thoughts and feelings promotes healthy growth. This is “the big key” to all of it, Swinton says. “Families need to be very, very open with each other. They need to focus on understanding each other and not on trying to make the other people do things their way.”

Keep a positive perspective. Once you understand how family members feel, there’s good to be had from working through remarriage issues. “See how you can create out of this new situation a way to help reach everybody’s wants and needs,” Swinton advises. “If you look at it from that perspective you’ll find ways to make this a good thing for everybody.”

#4: Be Willing to Compromise

When families blend, every member brings something different to the table, from house rules to family traditions. Make a conscious decision and commitment to be as open and accepting of change as possible and avoid making comparisons with how things used to be done. If that effort is made, “families can even find that the very task of combining traditions from the past or of creating new patterns for special occasions can be exciting, interesting, and rewarding,” Britsch and Olson reveal. Remarriages are a great chance to reevaluate what works and what doesn’t, what the family wants and needs, and what the best parts of both family practices are. But, Britsch and Olson caution, “This is only possible when members feel excited about change rather than upset by it.”

“Change can be good,” says Luca Ramirez who was 22 when his mother remarried. “At first, it can seem awkward, but my new stepdad’s willingness to be integrated into our family life made it so much easier to accept some of the big changes that he wanted as well, like moving with my mother out of state.” Following the advice to be excited about change, Ramirez adds, “My stepdad is an amazing cook—I’m so glad his family recipes are ours to share now!”

Often, the best remedy for uncomfortable situations is time. And it may take a long time—not just months, but sometimes years. Let things progress at their most natural pace. “Trying to force a relationship too soon may complicate life considerably,” warn Britsch and Olson, “and may even postpone or prevent the relationship one is seeking.”

Reflecting on her family’s remarriages, Sophie Giles explains, “There definitely needs to be a healing time for the family as a whole, not just as individuals.” After an addition, the dynamic of the group will take time to recover. There will be awkwardness. There will be hurt feelings from time to time. There will be other difficulties.

Stick with it anyway.

Family members should take whatever time they need to cope. “We have all healed in our own time frames,” Giles reflects, “and have learned that sensitivity to not always being in the same place at the same time is crucial.” It’s not a competition to see who can get over it fastest—it’s about coming to a place emotionally and spiritually where your family can learn to accept and appreciate the change together, as individuals and as a whole.

There is no one-size-fits-all solution to the difficulties that accompany remarriages. Each is as unique as the people involved in the circumstances. Take heart in the assurances of experts like Britsch and Olson, that “many individuals who have combined families agree that it was well worth the efforts that were involved. For them, remarriage brought increased happiness.”

As Taylor also learned through her experience, there’s always more room in the heart. “On some levels, love is a choice. I can choose to love someone. I realized that it was up to me.” That’s the great thing about love: the more you give, the more you have to give.