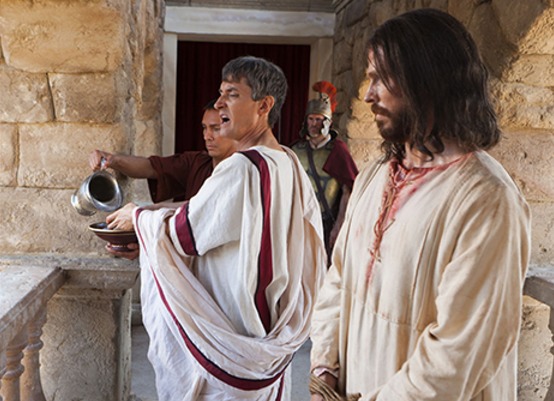 As Latter-day Saints, we celebrate the Living Christ. Here, Elder L. Whitney Clayton explains why it's so important to look beyond Christ's unimaginable suffering to see the spiritual Savior within that broken body.

One of the most troubling scenes in all scripture is recorded in the book of John. It occurred after the Savior had suffered incomprehensible agony for our sins and mortal weaknesses in the Garden of Gethsemane (see D&C 19:15–18).

This scene also followed His betrayal and arrest and happened after the night of indignities and physical abuse He suffered at the hands of the leaders of the Jews. It came after He was brutally scourged by Roman soldiers acting under the direction of Pontius Pilate. It occurred after the crown of thorns was pressed onto His head.

Pilate concluded that Jesus had done nothing that merited crucifixion. He ordered that Jesus be scourged, a form of extreme but normally not-fatal physical punishment. Perhaps Pilate hoped that by thus torturing and humiliating the Savior, he would persuade the leaders of the Jews that Jesus had been taught a terribly painful lesson and been made a public example. Perhaps he hoped to awaken some sense of mercy in them. Thus, following the scourging, Pilate ordered that Jesus be brought into public view.

“Then came Jesus forth, wearing the crown of thorns, and the purple robe. And Pilate saith unto them, Behold the man!"