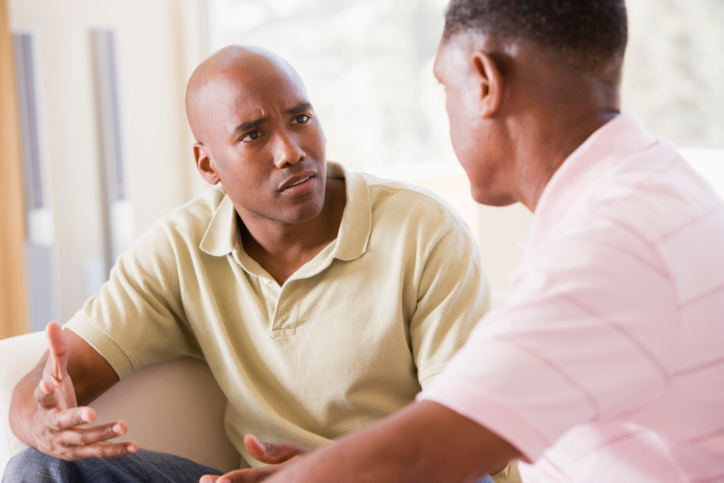 How to Tell Your Parents You're Joining the LDS Church

Over the years, I've noticed that a common reason for not being baptized into The Church of Jesus Christ of Latter-day Saints is "my parents would freak out," or "my parents would disown me." There are hundreds of variations on those sentiments, but I think it's safe to say that many people don't officially join the Church because deep down they don't want to disappoint their parents.

Think not that I am come to send peace on earth: I came not to send peace, but a sword. For I am come to set a man at variance against his father, and the daughter against her mother, and the daughter in law against her mother in law. And a man’s foes shall be they of his own household. He that loveth father or mother more than me is not worthy of me: and he that loveth son or daughter more than me is not worthy of me.

And sometimes the fulfillment of these words from the Savior can be excruciating.
I personally cannot identify. I've never been in that position. But, over time, I've witnessed and admired the courage of those that have chosen to follow the promptings of the Spirit by being baptized, even in the face of anxiety, worry, and concern for their parents’ feelings.

So how does someone tell their parents that they've joined, or are joining, The Church of Jesus Christ of Latter-day Saints?

My best friend, Brian, and my dad, Jim, came from a heritage of Catholicism and lived through this exact situation.

My dad loved playing basketball and found himself down at the stake center on a regular basis through the invitation of one of the members in the area. He was also dating my mom, who was a member of the Church. Before long, my dad decided to be baptized, and that brought some serious questioning from his parents and eight siblings.

When someone leaves the church they were raised in, the family concern often has more to do with culture and tradition than doctrine. It's an emotional reaction to what feels like a familial betrayal. It's like that person is breaking tradition and leaving the family. That feeling can become especially amplified and severe when that individual leaves to "become a Mormon" because of the false stereotypes perpetuated about Mormonism.

I've actually heard of parents saying "I don't care if you want to join another church, but please, please . . . not the Mormons."

The stigma on Mormonism makes a convert's ability to articulate their decision to their family even more crucial to the longevity of their relationship. I noticed a common theme from the advice of Brian and my dad.

While the doctrinal and stigmatic issues couldn't be immediately resolved, both of them bore their testimony about the happiness that had come to them as a result of living the restored gospel. My dad is now a 60-year-old man who has witnessed the effect that the gospel has had on his life throughout the last 30+ years. In his own words, he said, "I am a better person for believing in and living the principles of the restored gospel of Jesus Christ."

That is something no one can really argue with, because parents genuinely want their children to be happy.

So if you find yourself in a similar situation, make sure you tell your parents how much you love them. Tell them that your decision is not meant to cause a feeling of betrayal, but that you've found something that genuinely makes you happy. Tell them you'd be happy to explain as much, or as little about the Church as they'd like.

And even if you have dreams of them converting one day also, make sure to put first things first: honor them, support them, sympathize with them, and love them more than you ever have before.

Greg Trimble is a featured contributor for LDS Living.

Greg founded and sold a tech company early in his career and invests in other internet related companies. He’s focused on helping organizations and businesses work together better Gameplan Task Management for Teams, Lemonade Stand, and FreeCustomWebsite.com are among the companies that he works with and invests in.