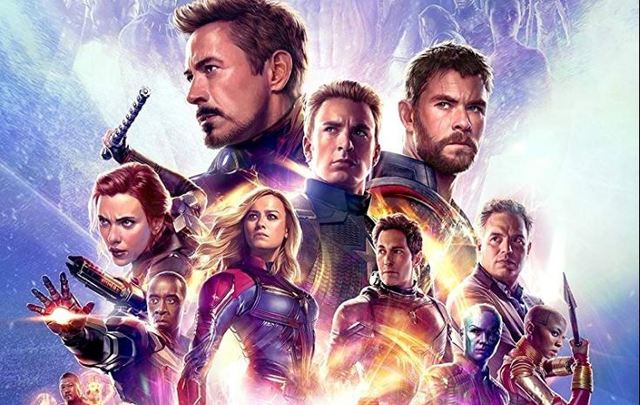 If the Avengers Were Latter-day Saints

Captain America would be the Elders Quorum president who has personally interviewed everyone in his quorum, made home visits, and helped the elderly in the ward by the third of the month.

but when it comes time for the ward talent show, get ready for a mic drop.

Dr. Strange would be that guy in Sunday School who drops some profoundly deep doctrine about the nature of God and eternity that changes everybody's lives and how they think about themselves.

and the trek mom you would not want to cross.

Hulk would be the guy to make the referees cry and who fouls out the first quarter of ward basketball.

Black Widow would be the person with the most epic conversion story who empathizes with everyone's struggles because she's been there.

Vision would be the guy who you rarely hear speak in your ward, but when he gets to the pulpit to bear his testimony, he makes everybody in the room weep from the overload of the Spirit.

Rocket would be the Young Men's advisor who tries to be down with the youths but doesn't always succeed.

Thor would be the person who sings louder than anyone else in the congregation combined.

Plus, he'd be known for putting folding chairs away 10 at a time.

Spider-Man would be the priest in your ward who wants every Mutual activity to be priests and laurels combined.

Hawkeye would be the ward clerk who would make sure tithing settlement was wrapped up by November first.

Ant-Man would be the guy who forgets he's giving a sacrament talk until he sees his name on the program,

so he wings it, telling jokes for the first six minutes of an eight-minute talk.

Captain Marvel would be the tough-love Young Women girls camp leader who takes all the girls on a 13-mile overnight hike and expects them to learn to survive with nothing more than a poncho and pocket knife.

Loki would be the guy in the ward who drinks Code Red Mountain Dew, eats coffee flavored everything,

goes to McDonald's at midnight on Sunday night, sits on the back row,

always roots against BYU and skips church to watch the Super Bowl,

yet he's always there when you need him most.

Scarlet Witch would be the Primary counselor who magically manages to get all the kids in sharing time to listen for the entire hour.

and who thinks he always has the best moves at the stake dance.

and the kid in the ward every member wants to adopt and every mother wants to date their daughter.

Black Panther would be the cool YSA ward bishop

and the guy who, whenever he approaches the pulpit, you perk up and hang on to every single word.