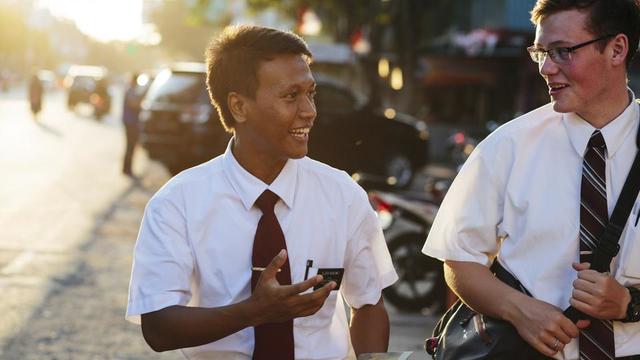 Infographic: How Missionary Work and Missions Have Changed Over the Last 10 Years

Did you know that, as of December 31, 2016, the LDS Church had 421 missions and 70,946 LDS missionaries in the field? Of course you do, because every April general conference the Secretary of the First Presidency reads the LDS Church’s annual statistical report from the prior year.

However, standing alone, statistical reports can be pretty dry without the right context. It may be interesting because we all love to hear numbers, but ultimately it doesn’t tell us everything we need to know to fully understand the meaning of the numbers read. When you put it in some context, though, suddenly these elusive numbers can tell a story.

I looked at the last 10 years of statistical reports, from 2007 to the present. I took the data about full-time missionaries and missions and put it into an infographic. I think this infographic tells a pretty interesting story.

Well, if you can remember all the way back to the October 2012 general conference, you will recall that in President Thomas S. Monson's address, he announced that worthy and able young men could now serve a mission at the young age of 18 instead of the previous age of 19, and worthy young women could serve at the age of 19 instead of the previous age of 21. This announcement really skyrocketed missionary statistics. In just one year the number of full-time missionaries increased by 24,045 and the number of missions increased by 58! Since that announcement, we have seen numbers go way up and then down a little again, but overall the statistics have increased since that October 2012 general conference.

Ultimately, this infographic does not have any important religious connotation. The truth of the Church is not dependant on the number of full-time missionaries it has.