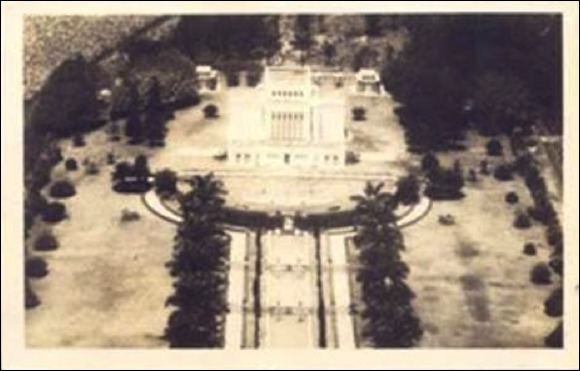 MR says: We all know this well-beloved story, but is it myth or is it fact? Check out the evidence and read this surprising letter to find out for yourself!

An inspirational story about a Japanese pilot who, during the attack on Pearl Harbor, couldn’t release a bomb on the Hawaiian temple has circulated for decades among Latter-day Saints, but is it true?

According to Lance D. Chase, who was a BYU-H professor and did research on the subject, the story goes like this. “A Japanese pilot returning from Pearl Harbor with a bomb still undelivered spotted the Hawaii Temple. Determined to destroy the building, a target of opportunity, before it became necessary to jettison his bomb harmlessly into the nearby sea, he dived on the temple. His bomb would not release.

“He then decided to dive again and strafe, but his guns would not fire. It is unclear whether he made three or more passes, but on what may have been a third pass his controls failed to work even as he contemplated a suicide dive. Fearful of expending his fuel before reaching his ship, he headed out to sea now. He worked his bomb release mechanism and the bomb fell now. His guns responded. Feeling disgraced but encouraged by his now properly functioning plane, he decided to try a last strafing run at the building. A final time his controls refused to respond, and he was forced to continue back to his ship.”

This information is from the journal of Robert Thomas Stout, who had learned of it when tracting as a missionary.