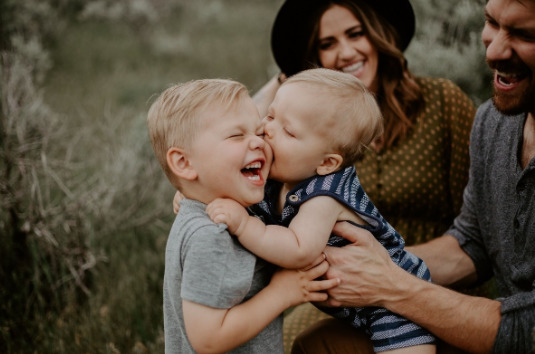 "PEOPLE" Shares Why Jared Leto Donated $5,000 to Latter-day Saint Family Whose Boys Were Hit by a Car

A Latter-day Saint family got the surprise of a lifetime when singer and actor Jared Leto donated $5,000 to their GoFundMe for their two young boys.

According to an article featured on people.com, the boys, ages 3 years and 18 months, were hospitalized after they were hit by a car.

"Griffin (3) and Watson (18 months) were in a stroller when a car hit them. Watson suffered a broken neck, broken pelvis, and lacerated liver. Griffin suffered a full break skull fracture, broken clavicle, and abrasions," Leto tweeted.

The accident happened on October 8, 2019, as the boys were being pushed in a jogging stroller by their mother, Brighton Hofer. As Brighton began crossing the street at a crosswalk in Sandy, Utah, a car struck her and her sons.

"The driver didn’t see them. Griffin was thrown from the stroller and Watson was thrown in the stroller. Both boys were flown on life flight to Primary Children’s Hospital as Level 1 Trauma,” according to the family's GoFundMe account. "Brighton has minor injuries as she put her arm out in an attempt to shield the boys."

Leto donated the money to help cover the family's medical bills as a result of the #GoodThingChallenge.

My good friend @Zedd nominated me for the #goodthingchallenge. I nominate @Caradelevingne, @DanReynolds & @drewtaggart to do something good, no matter how big or small. For my good thing I donated to these people:— JARED LETO (@JaredLeto) October 23, 2019

For Brighton Hofer and her husband, Michael Hofer, the donation from Leto came as a complete shock.

"I have no idea how he found out about it [the GoFundMe],” Michael Hofer told ABC4 News. “What an incredible surprise!”

The couple also expressed gratitude for others who have donated money for medical costs and for the help they've received while their boys recover.

"We know the thoughts, prayers, love, and good vibes have been fueling these miracles and healing our little boys," Brighton Hofer shared on Instagram. "We are forever grateful! I can’t even believe how many complete strangers have reached out and helped us! You’re not strangers anymore."

In addition to donating $5,000 to the Hofer family, Leto also donated to a GoFundMe for Zaid, a boy who was severely burned after his bed accidentally caught fire when he was 2 years old. Leto tweeted that the donations for Zaid will go to functional surgeries and potential reconstructive surgeries.

"I encourage everyone to do the #goodthingchallenge," Leto tweeted. "Remember the smallest gesture can make a big impact . . . even if it's just a hello and a smile."

I encourage everyone to do the #goodthingchallenge. Remember the smallest gesture can make a big impact...even if it's just a hello and a smile.— JARED LETO (@JaredLeto) October 23, 2019

Lead image from the Hofer's GoFundMe