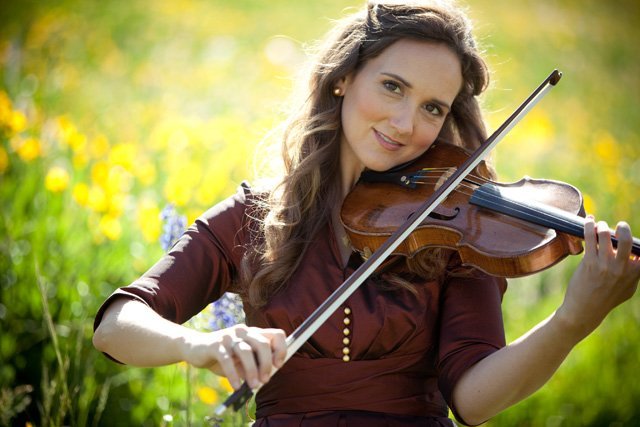 Few would dispute that motherhood is a demanding job, and Jenny Oaks Baker is among its best practitioners.

She also happens to be one of the most accomplished violinists in America.

Trained at Juilliard, Baker has released ten albums to critical acclaim. Her latest, Wish Upon a Star: A Tribute to the Music of Walt Disney, is her first to be nominated by the Recording Academy, but it follows other commercial successes, including her previous album, Then Sings My Soul, which hit No. 1 on the Billboard Charts.