Christmas Eve, which stars Sir Patrick Stewart and Napoleon Dynamite's Jon Heder, is a story  of six groups of New Yorkers who spend Christmas Eve stuck in elevators. It's not a horror movie, saysChristmas Eve director Mitch Davis, "but it is dramatic . . . it's also a little comedic and—dare I say it?—transcendent." Davis, an active Latter-day Saint, also directed the 2001 Disney film The Other Side of Heaven, which brought the missionary adventures of Elder John H. Groberg to the big screen.

One of the songs from the film features LDS violinist Jenny Oaks Baker as she plays a moving rendition of "Silent Night." Check out the official music video below. 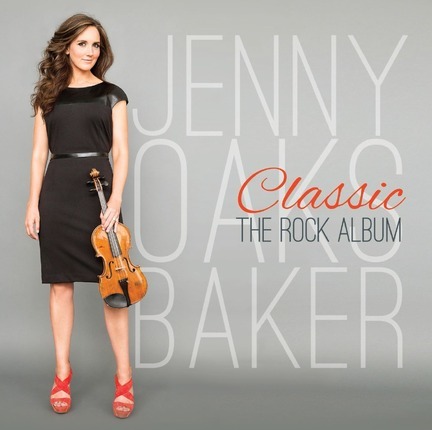 For more from Jenny Oaks Baker, listen to her stirring Christmas CD O Holy Night, own all of her classics with The Best of Jenny Oaks Baker, or rock out to some of her exciting violin covers in Classic: The Rock Album.