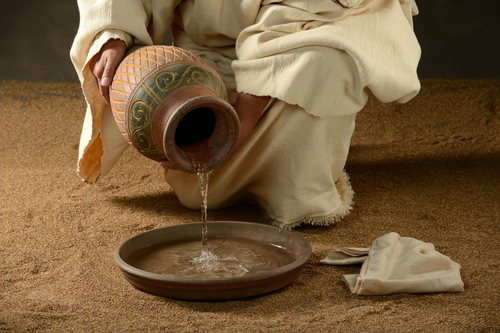 What We Know About Jesus's Siblings, Childhood, and Growth into Manhood

The scriptures are relatively silent regarding the life of Jesus Christ between birth and the age of 12 and again between 12 and the beginning of His formal ministry at age 30. What was it like for the Savior as He grew from boyhood to manhood?

When Luke tells us that Christ “increased in wisdom and stature, and in favour with God and man” (Luke 2:52), what is implied is that as the years passed He grew cognitively—in intellect, in understanding; He grew in physical strength, no doubt due largely to the kind of strenuous physical labor He engaged in daily as the son of a carpenter; He developed spiritually and drew close to that holy Being who was in reality His true Father; and He grew socially, suggesting that He was congenial, probably happy, even playful, and got along well with His friends.

On the other hand, His years of preparation would have been somewhat unusual. We know nothing about His relationship with His brothers and sisters, except for the names of His brothers—James, Joseph, Simon, and Judah. We do know, however, that by the time Jesus’s ministry began, His brothers did not believe in Him (see John 7:5) and that some of His friends spoke of Him as being “beside himself” (Mark 3:21), which is translated elsewhere as, “He has lost His senses” (New American Standard Bible) or “He is out of his mind” (English Standard Version).

“His boyhood was actual boyhood, His development was as necessary and as real as that of all children. Over His mind had fallen the veil of forgetfulness common to all who are born to earth, by which the remembrance of primeval existence is shut off. The child grew, and with growth there came to Him expansion of mind, development of faculties, and progression in power and understanding. His advancement was from one grace to another, not from gracelessness to grace; from good to greater good, not from evil to good; from favor with God to greater favor, not from estrangement because of sin to reconciliation through repentance and propitiation” (Jesus the Christ, 111–12).

Furthermore, one of the precious gems that came through the Prophet Joseph Smith’s translation of the Bible is the following addition to the King James Version, a passage that has both historical and doctrinal implications for the Savior’s growth to maturity:

“And it came to pass that Jesus grew up with his brethren, and waxed strong, and waited upon the Lord for the time of his ministry to come. And he served under his father [presumably Joseph], and he spake not as other men, neither could he be taught; for he needed not that any man should teach him. And after many years, the hour of his ministry drew nigh” (JST, Matthew 3:24–26).

It wasn’t that Jesus could not or would not learn from His mother and stepfather, Joseph, or even from the rabbis in the local synagogue, for He certainly must have learned a great deal. There are some things, however, that no mortal can teach, some elements of divine wisdom that can come only from on high, some insights into heavenly things that can be acquired only from God the Eternal Father, through the power of His Holy Spirit (compare 1 John 2:27).

Man but More Than Man

Jesus Christ had a dual inheritance. First, He was the son of Mary, and from her He inherited mortality, the flesh, including the capacity to die. Jesus needed to be mortal to understand and appreciate the challenges of being a human being. He went out into a fallen world and, day by day, encountered pain, affliction, temptation, infirmity, or weakness, “that his bowels may be filled with mercy, according to the flesh, that he may know according to the flesh how to succor his people according to their infirmities” (Alma 7:12).

Second, the Nazarene was also the Son of God, the Almighty Elohim, and from Him He inherited immortality, the capacity and power to live forever. This coinheritance was absolutely necessary. Look carefully at the words of the angel to King Benjamin as he spoke of the condescension of Jehovah:

“And lo, he shall suffer temptations, and pain of body, hunger, thirst, and fatigue, even more even more than man can suffer, except it be unto death.” King Benjamin also prophesied, “And lo, he cometh unto his own, that salvation might come unto the children of men even through faith on his name; and even after all this they shall consider him a man, and say that he hath a devil, and shall scourge him, and shall crucify him” (Mosiah 3:7, 9; emphasis added).

In stressing that the offering by the Messiah would be an infinite and eternal sacrifice, Amulek explained:

“Now there is not any man that can sacrifice his own blood which will atone for the sins of another. Now, if a man murdereth, behold will our law, which is just, take the life of his brother? I say unto you, Nay” (Alma 34:11; emphasis added).

Now, to be sure, Jesus Himself was subject to temptation. It was possible for Him to sin. The Son of God was not spared the tauntings and buffetings and allurements of the father of lies; Jesus knew from firsthand experience that Lucifer was, as Joseph Smith explained, an “actual being from the unseen world, who had such marvelous power as I had never before felt in any being” (Joseph Smith—History 1:16). Some have supposed that the Savior’s confrontation with Lucifer in the Judean desert just after our Lord’s baptism was the extent of His temptation (see Matthew 4:1–11; Luke 4:1–13). This is definitely not the case.

It is the Gospel writer Luke who offered this point of clarity: “And when the devil had ended all the temptation, he departed from him for a season” (Luke 4:13; emphasis added). Indeed, Jesus was “in all points tempted like as we are, yet without sin” (Hebrews 4:15). “For in that he himself hath suffered being tempted, he is able to succour them that are tempted” (Hebrews 2:18). Having engaged the vicissitudes of mortality, He can serve as our Advocate, for He knows “the weakness of man and how to succor them who are tempted” (D&C 62:1).

We can say of Jesus what can be said of no other person to inhabit planet earth— He was totally and completely innocent, had never taken a backward step, had never taken a moral detour, had never committed sin. In speaking to students at a Brigham Young University fireside, Elder Bruce R. McConkie stated:

“We have to become perfect to be saved in the celestial kingdom. But nobody becomes perfect in this life. Only the Lord Jesus attained that state, and he had an advantage that none of us has. He was the Son of God, and he came into this life with a spiritual capacity and a talent and an inheritance that exceeded beyond all comprehension what any of the rest of us was born with” (emphasis added).

In short, Jesus was in many ways just as we are. And yet He possessed innate powers, divine attributes, and heavenly qualities that no other mortal being possessed.

More than once when I have spoken in a classroom setting about the fact that Jesus Christ has powers and abilities that we do not have, someone in the class has had a reaction like the following: “Wait a minute! That’s not right. It’s just not fair that the Savior should have more power during His mortal life than I do.”

My reply has essentially been, “Do you really mean that? Do you honestly want Jesus and yourself to be completely the same, with Him having no advantages?” Generally, the person takes a moment to think through his comment more seriously and then indicates that he’s okay with a Savior that is greater than he is.

“If I am drowning in a rapid river, a man who still has one foot on the bank may give me a hand which saves my life. Ought I to shout back (between my gasps) ‘No, it’s not fair! You have an advantage! You’re keeping one foot on the bank’? That advantage—call it ‘unfair’ if you like—is the only reason why he can be of any use to me. To what will you look for help if you will not look to that which is stronger than yourself?”

The Savior condescended to come to earth, take a physical body, and undergo the throes and tests and trials of this second estate, that He might be like us—to know what it felt like to be human, to experience firsthand the challenges and joys, the burdens and blessings of earth life. And yet, in so many ways He was and is so very different from you and me, and it is that difference, that divine advantage, if you will, that enables Jesus Christ to reach down, take us gently by the hand, and lift us to celestial heights.

Learn more about the life and mortal ministry of the Savior in Robert L. Millet’s new book, The Atoning One. Available at Deseret Book stores and deseretbook.com.