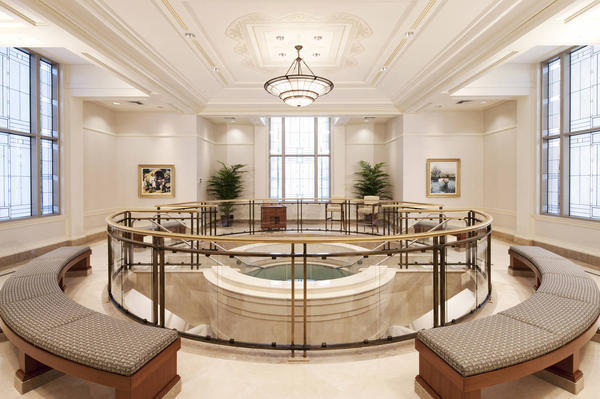 Calling proxy baptism in The Church of Jesus Christ of Latter-day Saints "eccentric, not offensive," Boston Globe columnist Jeff Jacoby wrote recently that "Mormons undergoing peaceful rituals in their own temples aren't on the list" of the "very real, very dangerous enemies" to Judaism.

"In Judaism, conversion after death is a concept without meaning," wrote Jacoby, who is Jewish. "No after-the-fact rites in this world can possibly change the Jewishness of the men, women, children and babies whom the Nazis, in their obsessive hatred, singled out for extermination.

"By my lights, (Mormon) efforts to make salvation available to millions of deceased strangers were ineffectual," he continued. "But plainly they were sincere, and intended as a kindness."