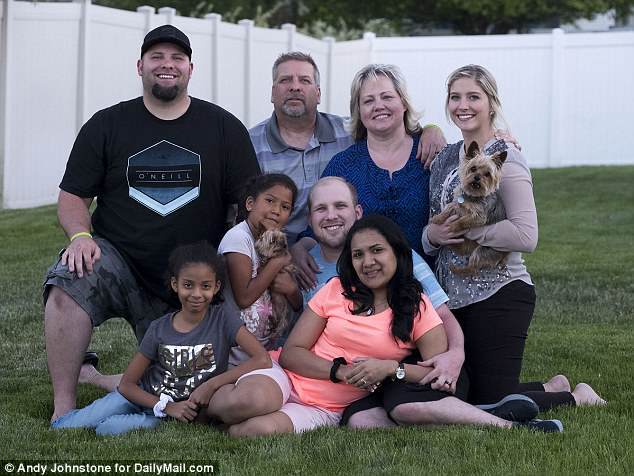 "It was as close to hell as you can imagine," returned missionary Josh Holt said of his imprisonment in Venezuela. But he also acknowledges, "We have to thank everyone that supported us, everyone that prayed for us, that put our names in the temples. Everyone that was there for us and in the end, thank God, he was the one that got us through it."

The Mormon missionary jailed in Venezuela over bogus claims of government espionage has spoken of his prison hell and how his new wife was electrocuted and tortured to elicit a false confession about her American husband.

In an exclusive interview with dailymail.com, Josh Holt said he's "grateful to God" he and Venezuelan wife Thamy Caleno, who was also jailed, survived their two-year ordeal.

Speaking from his home in Riverton, Utah, Josh tells how callous Venezuelan intelligence operatives roughed him up and terrified him with staged fake executions.

And the 26-year-old recalls how he navigated his way through a violent prison riot at the notorious El Helicoide prison in Caracas, was forced to defecate on newspaper in his cockroach-infested cell, didn't shower for two years and changed his body clock to avoid contact with violent gangsters and killers during the day.

Lead image from The Daily Mail