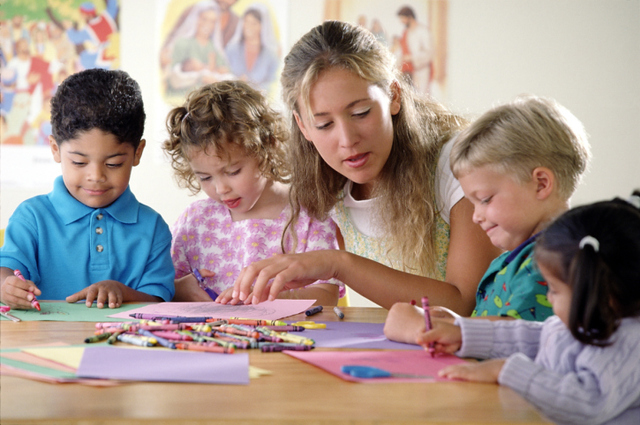 Familiarize yourself with the stories or information about each picture found in the presentation information below.

On a large sheet of poster paper write: “Come unto me, and be baptized in my name, that ye may receive a remission of your sins, and be filled with the Holy Ghost (3 Nephi 30:2).” Cut the poster into six puzzle pieces. Attach one puzzle piece to the back of each picture. Place the pictures around the room.

Presentation: Ask a child to pick a picture. Have them show it to the group. Ask them describe the picture as best they can. Teach as needed to help the children understand the following truths.

2. Alma, one of the priests of King Noah, believed the prophet Abinadi. Alma repented of his sins and began to secretly teach the words of Abinadi to all who would listen. Many people gathered at the Waters of Mormon, and Alma taught them of repentance and faith in the Lord. He asked if they wanted to be baptized, which would show their desire to serve God and keep His commandments. Clapping their hands for joy, the people said that this was what they wanted to do. With authority from God, Alma baptized about 204 people. From that time on they were called the Church of Christ.

3. The Lord revealed to Joseph Smith that children should be baptized at the age of eight. They do not need baptism until they understand the difference between right and wrong.

4. Baptism by immersion in water by one having authority is the first saving ordinance of the gospel and is necessary for an individual to become a member of The Church of Jesus Christ of Latter-day Saints. Missionaries teach people about the gospel. Those who accept the truth of the gospel can be baptized even when they are older than eight-years-old.

5. After we are baptized we receive the gift of the Holy Ghost by the laying on of hands. The Holy Ghost will be our companion as long as we live righteously. We can feel the influence of the Holy Ghost in different ways, sometimes we hear a still, small voice; have ideas come into our mind; have a feeling of peace; or have a warm feeling in our heart.

6. On May 15, 1829, while Joseph translated passages of the Book of Mormon about baptism, he and Oliver Cowdery asked the Lord who had authority to baptize in His name. A heavenly messenger, John the Baptist, conferred upon the two men the Aaronic Priesthood and directed the two men to baptize each other. They soon also baptized other people who were converted to the restored gospel. From that small beginning, many millions of people worldwide have been baptized members of The Church of Jesus Christ of Latter-day Saints.

After each story is told, post the pictures around the sides of the board. Have the children post the puzzle pieces in the center of the board to form the message. After all the pieces have been posted, read the scripture. Tell them how much Jesus Christ loves each of them. Explain that He wanted to come to earth to give us an example and prepare a way for us to return to Heavenly Father.