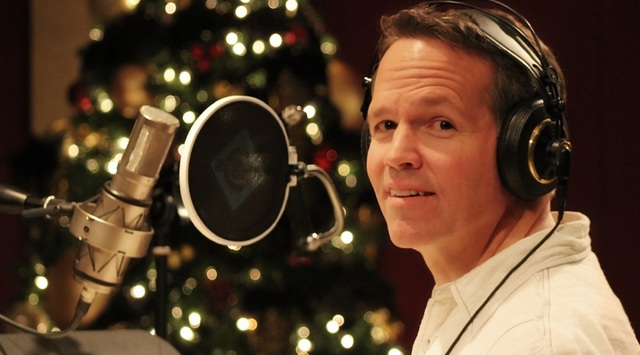 Kenneth Cope Interview on How He Created the Son of Man

How did you come up with the idea to create Son of Man?

In 1989, I had created a musical album/cantata about Jesus Christ called Greater Than Us All. It was a musical testimony at the time of how I felt about the Savior. However, after 10 more years of life experience, along with intense reflection, study, and prayer, my love for and understanding of the Savior had increased to such a degree that I wanted to say more. I wanted to go much deeper.

Greater Than Us All was a collection of songs that gave us little snapshots of Jesus’ life…like spectators, we mostly watched Him from the outside looking on. However, Son of Man gives us a much richer experience. It not only immerses us in some of the lives of His most beloved companions, it also gives us lots of glimpses into Jesus’ life from the inside…a view of His thoughts, and motives…what’s important to Him…and why He wants to rescue us so passionately.

When I began writing Son of Man back in 1999, it started out as unconnected songs focusing on different moments in the Savior’s life. But the more I got going, the clearer it became to my heart that I wanted to tell His story and connect the dots with purpose. So it went from being a collection of songs to a musical story about His life.

I realized early on that trying to tell Jesus’ story in just over two and a half hours would be very difficult. I knew I couldn’t tell it all…but what would I leave out? I finally came to the conclusion that I’d have to determine Jesus’ core message—the central purpose of His life—and then shine a spotlight on that! The result is what the listeners/audience will find in Son of Man.

Where do you pull your inspiration from when you are composing?

To tap into inspiration while writing lyrics and composing music, I find I usually do better when I’m in tune with the flow of spiritual light…when my spirit feels alive and connected to heavenly whisperings. However, that doesn’t necessarily mean I’m in a joyful place emotionally. I believe there are pieces in Son of Man that I could have never written if I had not first suffered the things I have suffered. Affliction, sorrow, forsakenness, loneliness, failure, brokenness, etc., all bring an expansion to the heart that allows us to have authentic empathy and compassion for those in turmoil around us. And yet, on the other hand, real joy does the same. How can someone authentically express an ecstasy of joy without ever feeling it? So it makes sense to me that in order for me to convey Mary Magdalene’s utter heartache at the death of her beloved Savior, as well as her exquisite joy at His resurrection, and have both be believable to the audience, both personal heartache and joy must be a part of my life experience. For me, the Spirit of God and daily life are the great teachers and therefore the greatest sources of creative inspiration.

I also rely on what I can find in the best books, ultimately beginning with but not limited to the holy scriptures. When I read to write about Jesus, they bring a power that no other text in the world can match.

Have there been any miracles, spiritual experiences, or touching stories that have helped you in creating this project?

For a long time, I have powerfully sensed the weight of creating this work to the standard I expected. Often, over the past 17 years, I’ve found myself pleading with God that I might be blessed to make Son of Man what it should be. But I’ve also felt in a very real way my limitations. Could I find the heavenly songs? Would God work through me to musically arrange and orchestrate them in a manner that would mightily touch all who might hear this work and move them to say: This came from God? I have deeply desired for Son of Man to exceed my most moving musical moments—those times in my life when I have been most affected by other composers’ masterful works. I’ve yearned for the world to hear this musical story and be moved to say: That’s the Jesus I believe in; that’s my Jesus! I’ve known that if Son of Man was going to be all of these things, then I would need God to set His hand to me like never before. “Except the Lord build the house, they labor in vain that build it” (Psalm 127: 1).

I knew that the Lord had given such exquisite writing gifts to the brother of Jared…“that the things which he wrote were mighty even as [the Lord is mighty], unto the overpowering of man to read them” (Ether 12: 24).

Would God do the same for me in this music?

I knew that the Lord had said unto me: “…you cannot write that which is sacred save it be given you from me” (D&C 9: 9).

And once, after months and years of pondering these things, I remember pleading with the Lord in tears—I remember the moment, I remember where I was in my house—I vocally cried: “O, Father, will I be able to do this? Will it ever be as powerful as I desire?” And I picked up my scriptures and randomly opened them, and immediately, like lightning, these words jumped into my view and mind, as with pure intelligence, from the top of the left-hand page:

And I wept for joy, knowing that the Lord had heard and answered my prayer! Therefore, I believe that the Lord will keep His word. It now remains with the listener to judge whether or not I came to the Lord as He required, and received what He was willing to give.

There are more personal experiences…seventeen years worth…that have inspired, and given me reasonable, authentic empathy for these early disciples and their experiences with the Lord.

What is the Son of Man about and what do you hope your audience takes away from these albums?

I have tried with Son of Man to create an image of Christ in flesh that represents His divinity and power, as well as His approachableness and humanity. In everything that is humanly good and right, we see Christ right there along side His associates. We see a Savior who loves, who finds joy in the human soul, who dances with His brothers (He was, after all, a Jew), and who makes the most out of His earthly experience. Meanwhile, He stands out as far superior and so much more of a man than anyone else alive. We see Him in His humility, but also in His boldness and strength. He is not afraid to raise His voice and cry out while He preaches, and yet He is always in control of who He is.

This musical is entirely sung. Therefore, Christ sings along with everyone else to communicate, to teach, to work His miracles, to pray, and to bless. It is a living, breathing Jesus Christ before us on the stage. And yet His wisdom, His manifestations of miraculous power, His overwhelming love, and the confidence of His teachings amaze the rest of humanity around Him. He is on the one hand like every man, and yet unlike any that has ever lived. This is the Jesus you will find in Son of Man.

To many people, Jesus is an icon only, not reachable, not tangible, but mysterious and ethereal. He’s a statue or a painting, but not flesh and blood. And while the statues and paintings are valuable as a reflection of His magnificence, they are not sufficient to produce the communion He desires with us. Yes, He deserves the honor, tribute, and glorious legacy they afford Him. However, for Jesus to truly have the power in us that He yearns for, we must remember that He came to earth as a Man. He ate and slept, worked and perspired. He loved His family and friends, as well as the many people He encountered. He experienced temptation and sickness, rejection and homelessness, hunger, thirst, and fatigue. He felt all that humanity feels. Eventually He suffered pain and agony beyond what any human being can endure, that He might redeem us from sin and rescue us from the grave. He descended into the human experience and came to fully comprehend us through the life He lived and the death He died.

What if our current world could better understand this Jesus? What if, through means of our modern, media-driven pop culture, a retelling of the Christ story appeared on the stage that both artistically and spiritually gave sharp focus and purpose to the life of the Man, Jesus? Would not such a marvelous result be worthy of every effort? Would it not be worth the personal cost? It has felt worth it to me.