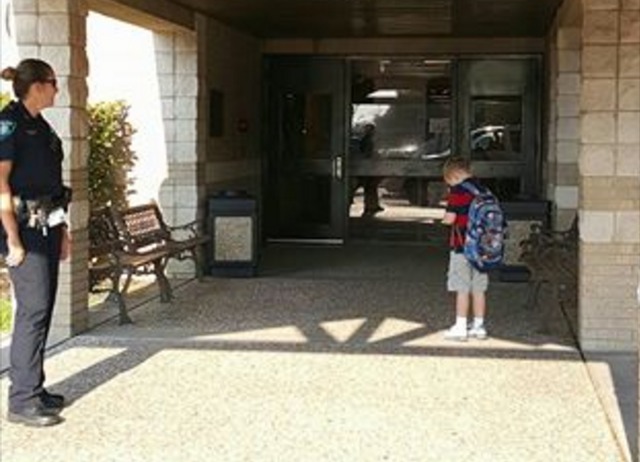 In Sante Fe, Texas, kindergartener Royce Thompson was rushing into school, late for class. Suddenly, Royce stopped, and his mother, Heather Nelson, kept prodding him to go inside with the rest of the kids hurrying past him.

"The officer said, 'Mom he's doing good. He stopped for the Pledge of Allegiance (and then she puts her hand over her heart to show me) and now he's praying," Heather Nelson wrote in a Facebook post.

"I couldn't believe that he acknowledged that that was a moment of... you need to stop and do the pledge and he did and he just ignored the other kids around him and kept doing it," Officer Moore told Fox 5 News. "It was awesome."

When asked what he was praying for, Royce said he thanked God for giving him a wonderful day.

Heather Nelson posted this simple but sweet story on her Facebook page, something she has said has now reached millions:

What a sweet reminder of the power of prayer and how important it is to begin every day thanking our Heavenly Father for the gifts He has given us.