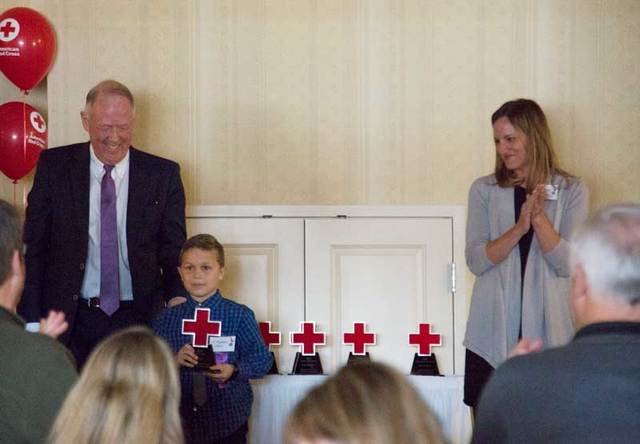 “I yelled to J.T. on the other side of the car, ‘Jack it up quick! Jack it up quick!'” Stephen tells EastIdahoNews.com. “I couldn’t move at all. I was totally trapped, and then I passed out. It was all in his hands, and I thought, ‘This is it. There’s no way he can jack up this car because it took my 17-year-old son and I both to jack it up the first time.”

An 8-year-old boy was honored Thursday for saving his father’s life after a car they were working on fell and crushed the man’s body.

J.T. Parker, his 17-year-old brother, Mason, and their father, Stephen Parker, were in the backyard of their Sugar City home when the accident happened July 30.

“We were pulling the engine out of the car, and after we got it jacked up, I climbed under there to take the axles off,” Stephen recalls. “The one axle came off pretty easily, but the other side wasn’t coming off.” 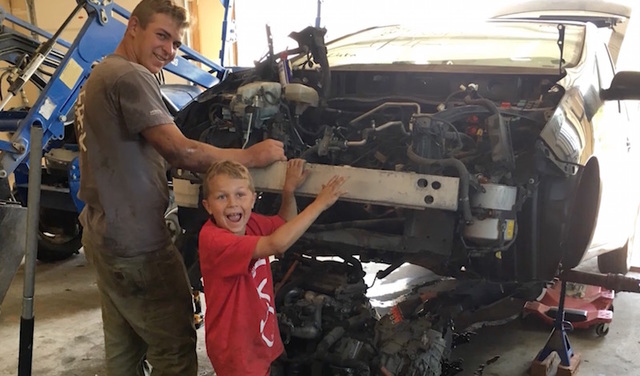 (Mason and J.T. Parker were working on a Toyota Prius with their father, Stephen, when the car suddenly fell on top of Stephen. | Stephen Parker)

Stephen went to adjust the axle and move the jack but suddenly, the Toyota Prius fell on him.

Mason had gone inside the house minutes earlier after cutting his hand, and the only person around was J.T.