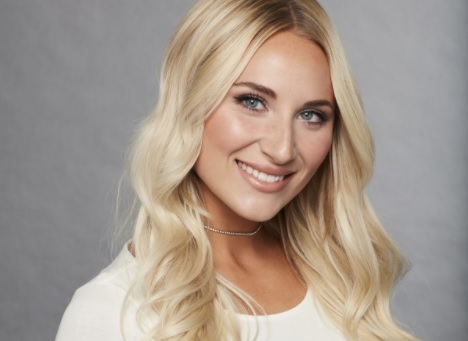 LDS "Bachelor" Contestant Opens Up About Her Faith, Why She Never Appeared on National Tell-All Episode

"Going onto the show, I really, really wanted to make a stand for Mormons. I wanted people to know that Mormons are normal," Maquel Cooper says about her time on The Bachelor. In addition, she tried to stand for her values by not drinking or swearing.

Maquel Cooper competed on The Bachelor and lost — sort of.

At least she didn’t win the heart of racecar driver Arie Luyendyk Jr. — Becca won him over first, then Lauren, in a controversial ending — and she didn’t see much screen time.

And, unlike the rest of the contestants, Cooper never got to share her side of her Bachelor experience.

As the Deseret News previously reported, Cooper didn’t appear in the reality show’s “Women Tell-All” special episode in which Bachelor contestants reveal anything and everything they want (within the confines of their contract) to the national public.

Cooper didn’t appear in the show’s final live episode, either.

Now, Cooper, who lives in American Fork and is a member of The Church of Jesus Christ of Latter-day Saints, is reflecting on her time on the show. She spoke with the Deseret News about her Mormon faith, why she thinks she wasn’t invited to the tell-all and where she buys soda in the state of Utah.