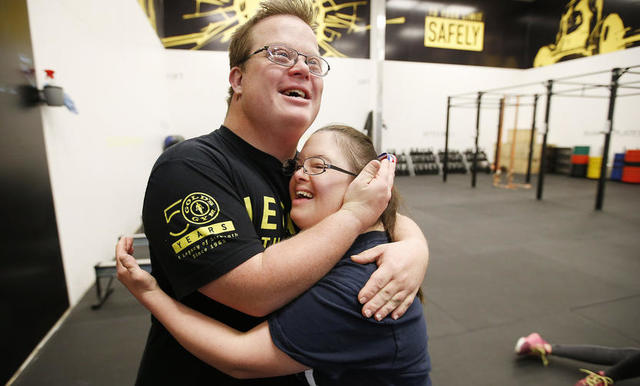 Two LDS brothers, Evan and James Fitzgerald, share a love of exercise and physical fitness. But rather than keeping that passion among themselves, they motivate others by teaching a free fitness class for people with disabilities.

Evan Fitzgerald was just 7 years old when he lost his father to an accident.

“It was definitely a terrible thing,” said the firefighter, now 31. “But with every hard thing that comes in life, there is also good and light.”

For Fitzgerald, some of that goodness came in the form of two older brothers, who could not only help him navigate the rough road to manhood, but also showed him how to serve others, be generous and loving.

“Without the examples of both my older brothers, I wouldn’t be who I am today,” Fitzgerald said.

That's one of the reasons he decided to teach a free exercise class for people with disabilities alongside one of those brothers — James.

“Another reason I wanted to do the class is because I feel an obligation to give back what I’ve been given — not just to James, but all kids with Down syndrome. All of them were an inspiration to me growing up,” he said.