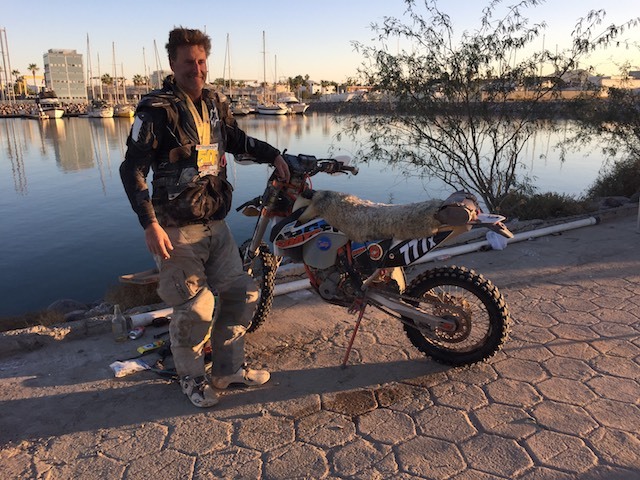 On November 14-18, 2017, the Baja 1000 motorsports race hosted its 50th-anniversary event. Nineteen riders signed up to race in the Ironman class as motorcyclists. Only five finished.

When Wayne Schlosser set out to complete the Baja 1000, he left heartfelt notes to his wife and daughters, just in case he didn’t come back.

The Baja 1000, the Mount Everest of off-road motor racing, is a dusty, high-speed race down the Baja Peninsula in Mexico. And every year, people are killed. Especially the motorcyclists.

So why would Schlosser, a husband, father of four, and not a professional motorsports athlete, decide to enter the Ironman class and ride a motorcycle solo 1134 miles across the desert?

Schlosser grew up watching the race on TV with his dad as a young boy. In college, he and a few buddies planned to do the race together but didn't even make the drive to the starting line.

Then, when it was announced that the Baja 1000 would celebrate its 50th anniversary with a longer course of just over 1100 miles, Schlosser couldn't help but connect the distance with that of the Mormon pioneers. He'd been serving as a family history consultant in his ward, and his pioneer ancestry was often on his mind.

As Schlosser began thinking about it, he saw many parallels between the journey of Mormon pioneers and this race. Of course, he could never experience their journey in quite the same way, but he felt compelled to do his own trek in their honor.

“It was the same distance, the same terrain. Even though I was pushing a motorcycle and they were pushing a handcart, they had three months, and I had three days,” Schlosser said.

No one thought he would make it.

All of Schlosser’s motorsports buddies kept telling him, “You need to ride more,” but Schlosser just brushed off their comments. He wasn’t in this to win it, he reasoned. At 48 years old, his goal was just to finish.

Schlosser did cross-fit three or four times a week to improve his overall physical fitness. “Wayne, there are certain muscles that you use when riding,” his friends would beg. “You have to ride.”

But that wasn’t part of Schlosser’s journey. The way he saw it, the pioneers didn’t “train” before they crossed the plains. The farmers, he reasoned, might have been in pretty decent shape, but not the cobblers, the tailors, or the printers.

“If you can imagine 200 years ago . . . a wife telling her husband, ‘Bob, you better get out there and start pushing a handcart around, because next month when we leave you’re going to be sore,’ What’s he going to do, push the cart to the mailbox and back? He probably did it a few times, put some bags of flour in the handcart and went to town, but I mean, can you just imagine somebody working out with a handcart?”

When it came time to start the race, the odometer on Schlosser’s 2015 KTM 350 XCWF motorcycle read only 220 miles. “Everyone thought it was comical that I was going to do this,” Schlosser said.

Schlosser’s wife and daughters cried when he left. They knew it was a dangerous race, and none of them wanted him to go. “Please dad, what if we don’t see you again?” his daughters asked.

Although Schlosser was confident he would return, the experience touched him. It brought to his heart a taste of how difficult it must have been for his ancestors to leave friends and family behind when they began their journey west. “You can imagine how many tearful exchanges there were," he said. 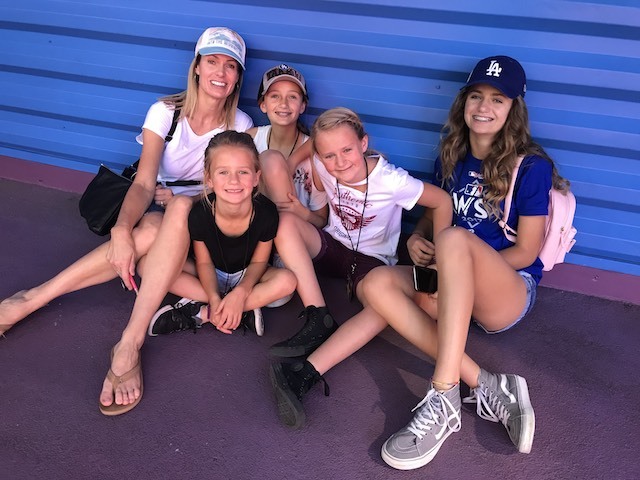 Schlosser comforted his family by saying that he was more likely to get killed in an automobile accident on the freeway than in this race. “You can’t live your life afraid of what might happen. You just have to live your life with the faith that you’re doing the right thing and you’ll be protected along the way," he said.

He wrote them letters, hoping to explain why he felt compelled to complete the race. He wanted them to understand that he was riding with a purpose. “I didn’t want them to think I was just a crazy guy going off on a motorcycle race.”