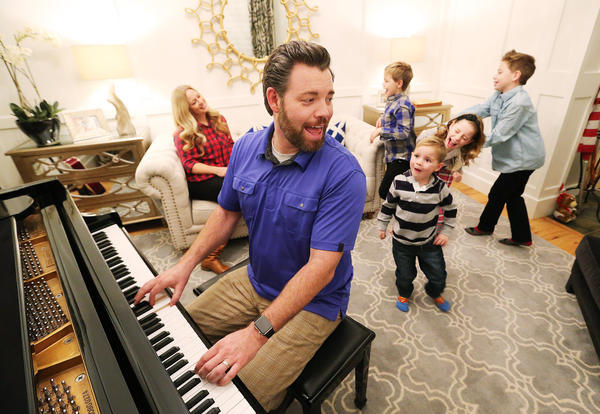 What would you do if you had the chance to make it big in Las Vegas? For LDS entertainer Jason Hewlett, his values come before his career.

It was right there in front of him: his future. Jason Hewlett, the comedian/impressionist (and more) from Utah, merely had to sign the contract and he would step into another world. He would be set financially. He would have his own show in venues around the country. He would eventually have his own nightly gig in Las Vegas, with his name in lights at a major casino. He would be, with the flourish of a pen, The Next Danny Gans, he was told.

Hewlett and his wife, Tami, had flown to Las Vegas to meet with a wealthy casino owner. Big promises were made. “We’ll train you,” he said, “we’ll help you. You’re going to be rich and famous.”

It was a performer’s dream, but as talks continued, a shadow fell over the proceedings.