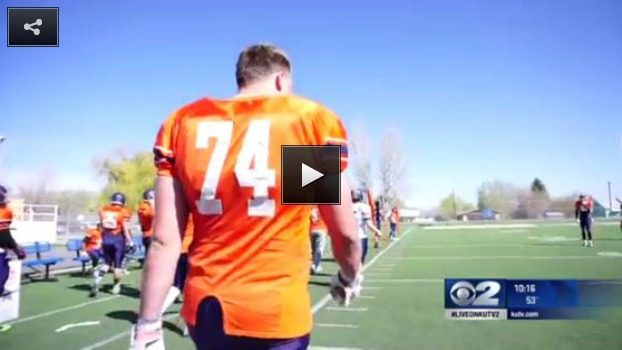 LDS Football Player Lives His Own 'Blind Side' Story

It is a beautiful spring morning in the small central Utah town of Ephriam. Home to Snow College where, like clockwork, every year, a familiar sound can be heard at Badger Stadium. It's football time and like all college teams across the country, this team is out to win.

Leading this pack of Badgers is one very large lineman. He's number 74, Garett Bolles, 22, a 6 foot 6 inch, 305 pound offensive lineman who packs a heavy punch. He's so good in fact, that he is one of the most recruited junior college players in the country right now with some 18 offers.

Getting to this point was a difficult and painful road for Bolles. In fact it's amazing this kid is even playing football at all, and not locked away somewhere.

"I was a troubled teen," said Bolles.

That is putting it nicely. Bolles was kicked out of or suspended from five schools during his teenage years. He got into drugs and alcohol and committed crime, even spending some time behind bars.