Shon Whitney, Blake Heringer, and Jeff Johnson are Star Wars fans. Yeah, them and everyone else, right?

But unlike most Star Wars fans, these three Latter-day Saints decided to put their passion into a business—one which has nearly $200,000 on Kickstarter.

Operated out of American Fork, Utah, Kyberlight Custom Sabers is an up-and-coming business venture dealing in high-end model lightsabers. Although many companies make lightsabers, "We felt like we could do it different and better than anyone else," Whitney said. 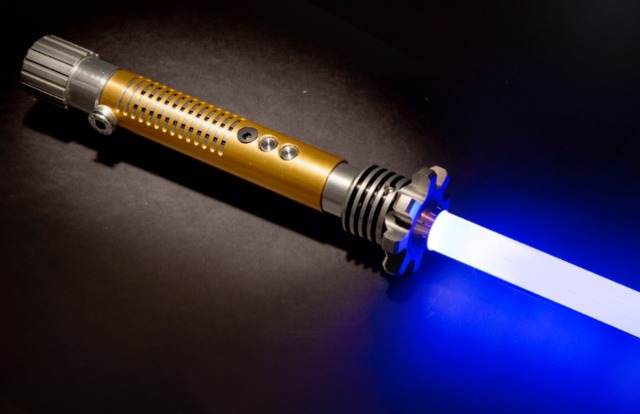 "We're just getting started," Whitney said, adding that Kyberlight's recent Kickstarter campaign reached 350% of its goal. "The response has been overwhelming . . . people are really excited about our concept. We are getting pledges from around the world. It's helped us to validate the market and [it appears we'll] expand much quicker than originally thought."

So how did this big idea originate? "Being huge fans of [Star Wars]," Whitney said, "we thought there was an opportunity in the custom saber space for someone to make an amazing lightsaber at an affordable price. We wanted to make this for all the fans of all ages, not just those that can afford the super high-end models."

All three co-founders served missions for the LDS Church—Whitney in Taiwan, Heringer in New York, and Johnson in South Korea. Despite their quick business successes, with 14 children between the three of them, family is the number-one priority.

"The Church plays a critical role in how we live our lives and how we do business," Whitney said. "We want to be honest, hardworking, and good examples to our kids."