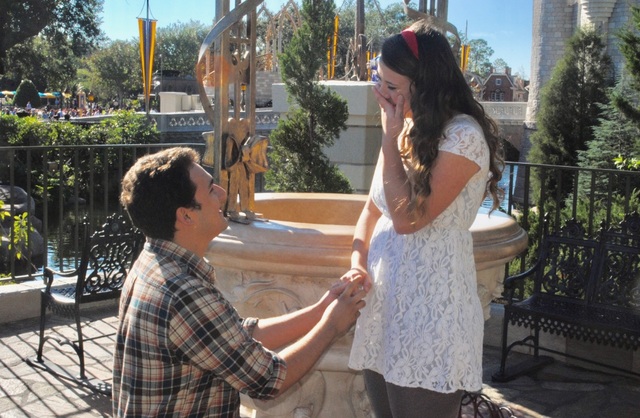 "It was so magical," Ashleynicole Cuesta says of being proposed to before Snow White's wishing well near the castle in Disney World.

A young boy sat in front of the TV, entranced as he watched a Disney animated feature playing on the screen.

This film was brought to life for the boy as he watched intently its incredible art design and synchronized music. He sat in wonder and awe as he began to make plans to have Disney be a part of his life forever.

The little boy, from Queens, New York, is Jonny Cuesta. Cuesta is now a BYU graduate working for Disney in California. His life has revolved around Disney. He said he lives, breathes, and sleeps Disney because he is still in awe of the company, its films, and the experience it gives to all who encounter it.

“When I was five years old, I just knew I wanted to own Disney one day. I wanted to make a difference,” Cuesta said. “I loved the animated features of Disney. It was such a wonder for me, and I knew that was what I wanted to do.”

His love continued to grow during his first visit to Disneyland, a few years after deciding he wanted to be the CEO of the company one day.