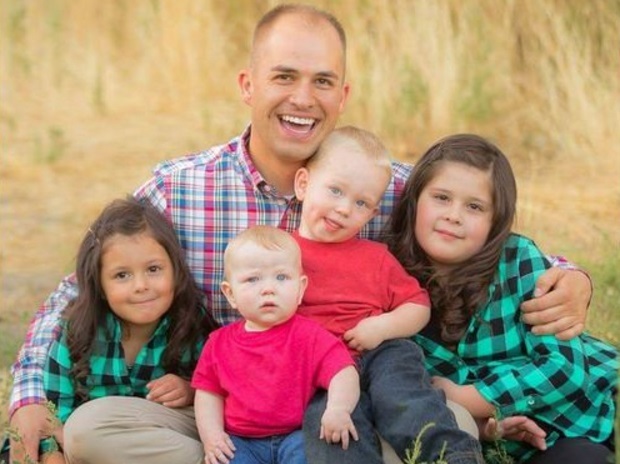 Steven Espinoza was standing on rocks near "Olivine Pools" in West Maui, Hawaii, Monday afternoon when a large wave came and swept him out to sea.

Three other people who were standing on the rocks with Espinoza were knocked over by the wave and dragged across the jagged rocks. When they broke free of the water and finally stood up, Espinoza was nowhere to be found. But witnesses say they saw Espinoza knocked into the water.

After the U.S. Coast Guard and firefighters searched Monday and Tuesday without finding a trace of Espinoza, he was presumed dead and his family held a candlelight vigil for him Tuesday evening.

About Espinoza, his friend Stefan Van De Graaff says, "He was a faithful member, his Facebook intro. reading, 'I meant what I said and I said what I meant; an Espinoza is faithful, 100 percent.' He was a leader, a friend to many people. Just a genuinely great guy.

"Never assume that you can make it alone. You need the help of the Lord. Never hesitate to get on your knees in some private place and speak with Him."

"Be assured that there is a safe harbor. You can find peace amidst the storms that threaten you. Your Heavenly Father—who knows when even a sparrow falls—knows of your heartache and suffering. He loves you and wants the best for you. Never doubt this. While He allows all of us to make choices that may not always be for our own or even others’ well-being, and while He does not always intervene in the course of events, He has promised the faithful peace even in their trials and tribulations." 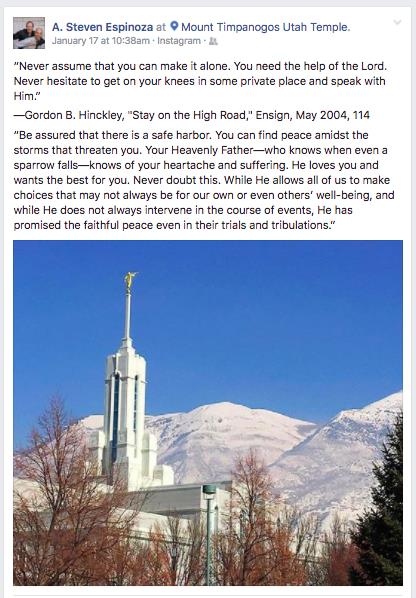 Van De Graaff  continues, "In a way, his dying words were something so moving and powerful and uncannily relevant. . . . If nothing else, it had a profound impact on me."