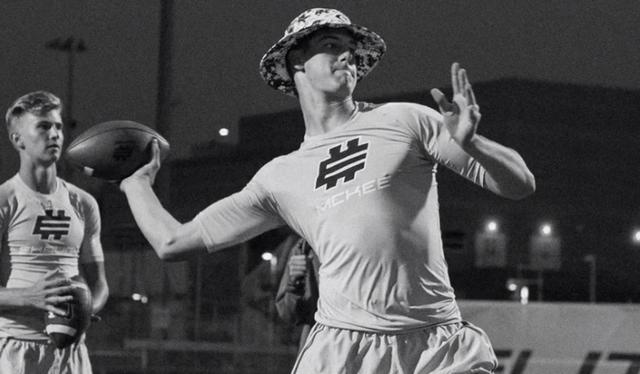 Tanner McKee, an LDS high school quarterback ranked fourth in the nation,  risked losing his spot at the Elite 11 camp after deciding to sit out on Sunday because of his beliefs.

The annual Elite 11 camp put on by Nike is the premier competition for 24 of the best high school quarterbacks in the country, with notable names such as Matthew Stafford, Andrew Luck, Jameis Winston, Deshaun Watson and Josh Rosen among its alumni.

Over the course of the three-day competition in which players participate in a number of drills and receive classroom instruction from some of football’s best minds, the goal is to go from merely making the camp to being named one of 12 finalists who will compete at The Opening Finals in Oregon, which brings together the best players in the nation from all positions.

This year, one of the 24 invited to the camp in Los Angeles was Tanner McKee from Centennial High School in Corona, California. The 6-foot-6, 220-pound McKee is ranked by the recruiting website Scout.com as the fourth-best quarterback in the country and 29th-best overall prospect for the class of 2018.

As such, he holds scholarship offers from 21 schools around the country, according to Scout, including Alabama, Georgia, Washington, UCLA, Texas and BYU, among others.

McKee is also a member of The Church of Jesus Christ of Latter-day Saints, and his faith became a news item during the Elite 11 camp last weekend.

Donning his trademark bucket hat, McKee was ranked as the third-best signal caller among all 24 through the first two days (Friday and Saturday), with analysts noting his accuracy, arm control and demeanor, among other positive traits.

But then, citing his faith, McKee chose to take a big risk: He decided to sit out of Sunday’s action.