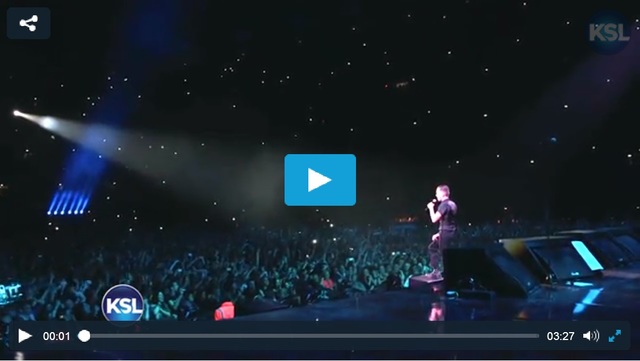 MR says: Famous Mormon rock star, Brandon Flowers, shares how his faith influences his music and how he balances his family life and profession.

He's the front man for a big-time band, but Brandon Flowers hasn't forgotten where he came from.

Flowers recently visited Salt Lake for a concert and talked about his family, his faith and his strong ties to Utah. . . .

Flowers also spoke about his faith. He recently filmed a Mormon Message, which was well-received in Utah and in the LDS community. In the music world, he said, "Nobody was cruel or anything like that about it, and that was nice."

"It's fine," he continued. "It's been fine. It's been nothing but positive, I think."

When asked how his religion has impacted his music, Flowers said, "You know, I think we're going straight into the Word of Wisdom and things like that. Since I've been obeying that better, I've become a better performer for sure."