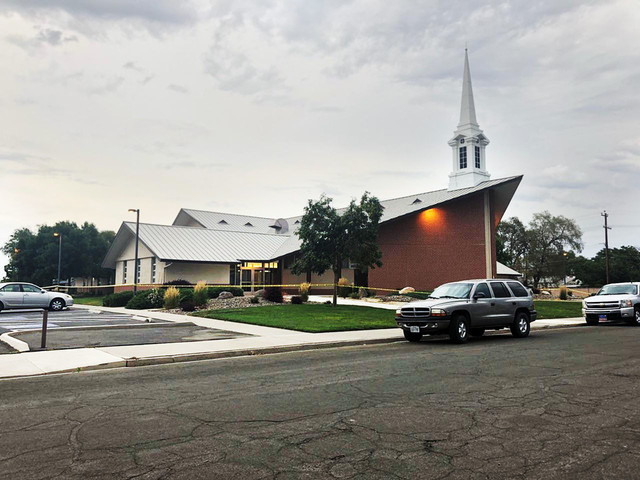 "It's traumatic," ward member Rich Hutchings said about the shooting at an LDS church on Sunday. "I feel so bad for the Miller family. Bert's been 100 percent active all his life and a good servant, and he's never done anything wrong in his life. It's just shocking today could turn into something like this."

As the emblems of the sacrament were being passed during the Fallon 3rd Ward’s church meeting early Sunday afternoon 60 miles east of Reno, Nevada, John Kelly O’Connor sat on a couch in the west foyer just outside the chapel with a few other members of his LDS congregation.

When the sacrament service was complete and as the meeting’s first speaker began to talk, O’Connor, 48, stood up, walked through the chapel’s west door, drew a handgun and at point-blank range shot and killed Bert Miller, 61, a man he had known for years, witnesses and police said.

Shooting Home TeachersShooting,Home Teachers,
Comments and feedback can be sent to feedback@ldsliving.com