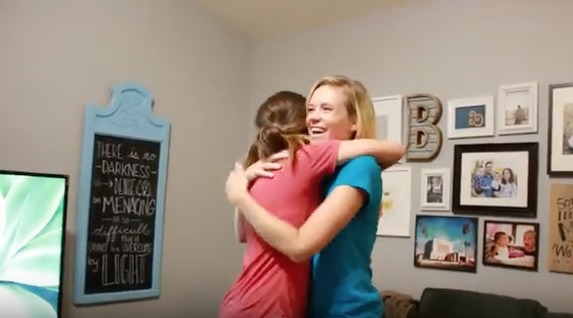 When Tara Brough surprised her sister Carly Walton with her adorable "bun in the oven" pregnancy announcement, Brough had no clue her sister had a surprise of her own.

After the initial excitement of Brough's pregnancy announcement of her third child wound down, Walton casually mentioned her own announcement—she was pregnant with her first child.

“I was completely surprised by her announcement,” Brough told The Huffington Post. “I didn’t think they would have kids for another year or so.”

The babies will be born two weeks apart and the sisters say they Snapchat each other with pictures of their baby bumps or how they are feeling that day.

“It’s just so fun going through pregnancy with someone you’re so close to,” Brough told The Huffington Post.

This inspiring book by Sheri Dew highlights the divine nature of womanhood and shares that all women, whether they have children or not, can share in the role of motherhood. Are We Not All Mothers? is available at deseretbook.com.